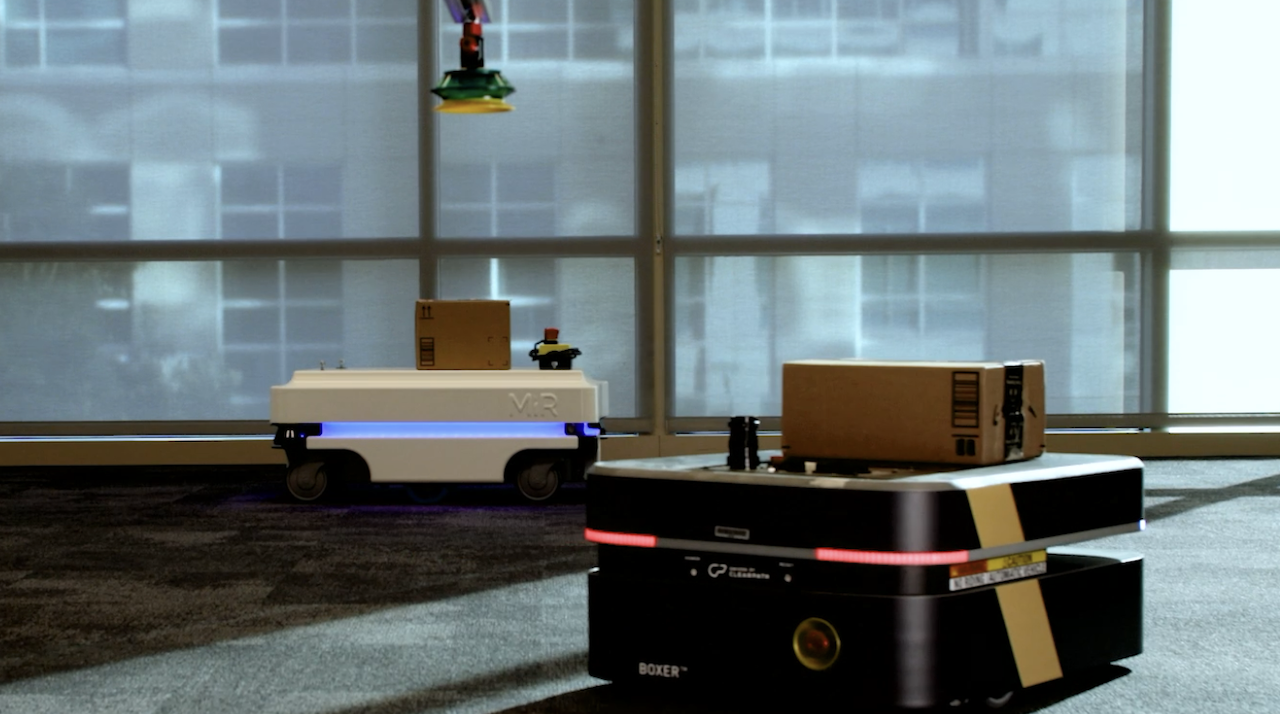 Amazon Web Services Inc. on Wednesday announced the general availability of AWS IoT RoboRunner, a cloud service that makes it easier for companies to manage their robot fleets.

RoboRunner made its initial debut at the cloud giant’s annual AWS re:Invent conference last year. It’s based on technology that AWS parent Amazon.com Inc. uses in its logistics network. Amazon uses more than 520,000 robots in its fulfillment centers and has a business unit dedicated to developing custom warehouse automation equipment.

Industrial robots are used in logistics warehouses, factories and other facilities to automate tasks such as processing merchandise. Many companies develop custom software to manage their robots. An e-commerce company, for example, might build an application that monitors its parcel processing robots and alerts technicians when a potential technical issue emerges.

AWS’ RoboRunner service is designed to make it easier for companies to create robot management software. The service does so by simplifying one of the most complicated aspects of the task: data processing.

Robot management applications require the ability to collect data from the robots they manage. An application that detects hardware malfunctions, for example, must analyze error logs from a robot’s built-in sensors to determine if it may be experiencing technical issues.

Collecting data from robots historically required companies to write a significant amount of custom code. The reason is that companies often use robots from multiple suppliers and, in many cases, a separate data collection workflow must be created for each supplier’s equipment.

AWS says that RoboRunner simplifies the task. As part of its feature set, the service provides pre-packaged connectors for robots from multiple suppliers. The connectors reduce the amount of custom software that companies must write to collect data from their robot fleets.

According to AWS, RoboRunner can help companies not only collect data from their robot fleets but also process it. The service aggregates data collected from a company’s robots in a centralized cloud-based repository. Information in the repository can be accessed through an application programming interface.

Because processing robot data is one of the most complex tasks involved in building robot management applications, easing the chore speeds up software development. AWS says that companies can use RoboRunner to build multiple types of software. The service makes it possible to develop applications that can coordinate the work of the robots operating in a warehouse, monitor a robot fleet’s efficiency and detect potential technical issues.

Many robots rely on artificial intelligence algorithms to perform tasks such as navigating from one part of a warehouse to another. To hone those AI algorithms’ accuracy, developers train them in simulated environments that can mimic a location such as a warehouse. RoboMaker, the robotics service that AWS offers alongside RoboRunner, provides a managed simulation environment that doesn’t require developers to maintain the underlying infrastructure.