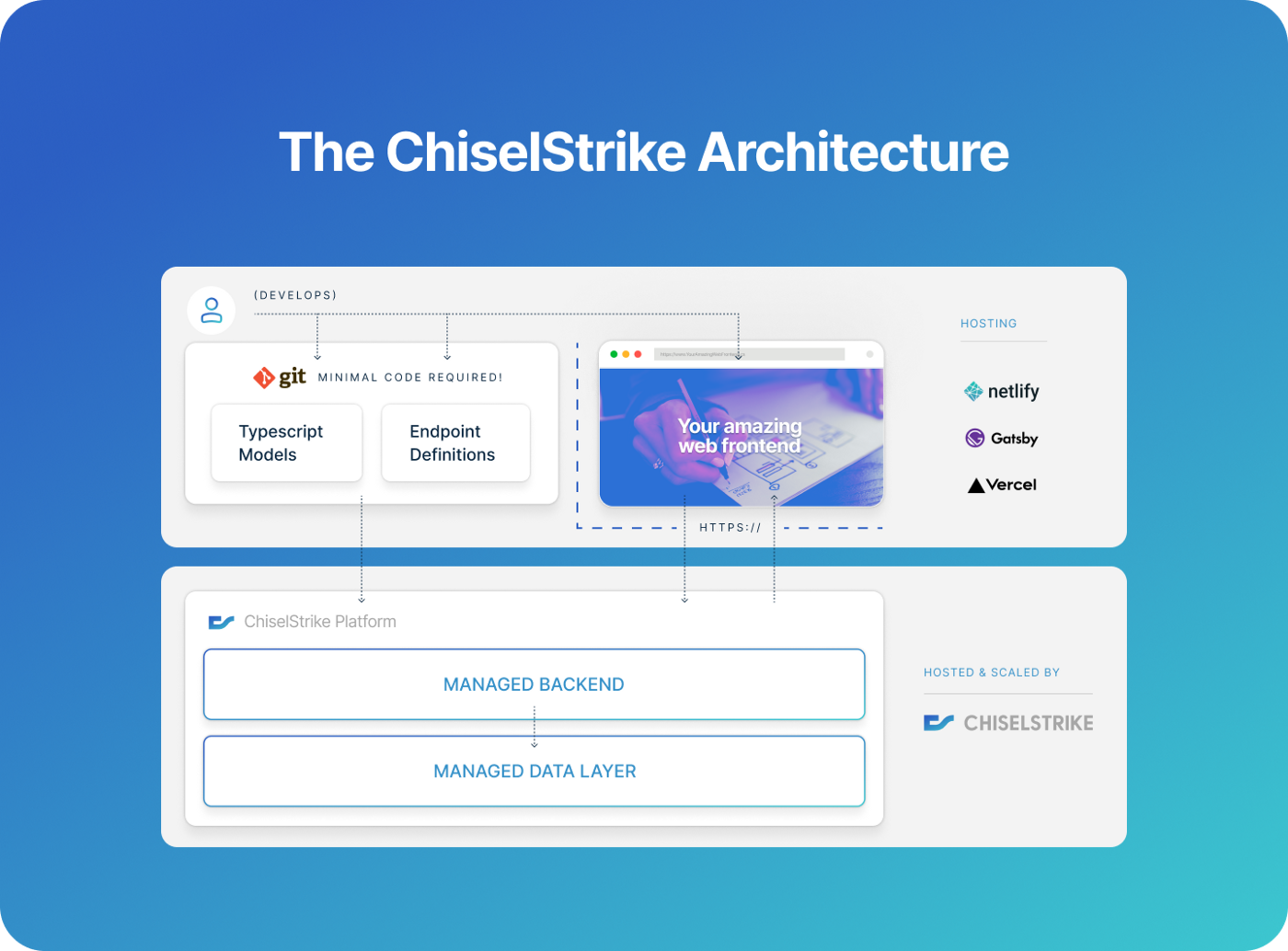 Norwest Venture Partners led the seed round, with Blumberg Capital, Jamstack Innovation Fund, Essence VC, First Star Ventures and Mango Capital also participating. The new funding is the first significant round for ChiselStrike, which had previously raised $100,000 in pre-seed funding, according to Crunchbase.

Developers can use ChiselStrike to model everything in TypeScript and deploy directly from git to a hosted environment. Developers start by defining their models and use application programming interface logic using simple TypeScript definitions. This is followed by developing and testing locally using all of the platform features. When ready, the code is pushed to a designated git branch and goes live.

The platform offers built-in scaling and security to ensure that prototypes are production-ready, with ongoing scaling to meet an organization’s growing needs. The service seamlessly connects to leading frontend frameworks, including Gatsby, Next, React, Angular, Vercel and Netlify.

“Engineers spend countless hours navigating backend systems that reflect a dizzying mix of databases, messaging queues, connections and APIs,” said Glauber Costa, founder and chief executive officer of ChiselStrike, said in a statement. “ChiselStrike takes what could be a painstaking process⁠ — designing, creating and maintaining a backend solution that integrates with the frontend⁠ — and makes it incredibly simple and automated, without needing to worry about security or compliance.”