Costar Nestor Carbonell reacts to the film’s eyeliner jokes — while the director spills on working with the real Gilbert Galvan Jr.

Things got hot — real hot — on the set of the new biographical film, “Bandit,” starring Josh Duhamel and Elisha Cuthbert.

In the film, Duhamel plays a bank robber who is an expert at pulling bank heists quickly and efficiently while also rocking a convincing disguise. However, as Duhamel and Cuthbert revealed in an interview with TooFab, there was one disguise in particular that didn’t fare too well in the +100-degree heat in the film’s set in Georgia, so much so that it made Cuthbert gag.

The co-stars hilariously recalled shooting a scene in which Duhamel was dressed as a fireman, and how Cuthbert, who played the actor’s on-screen wife, reacted when she had to kiss Duhamel in the costume. 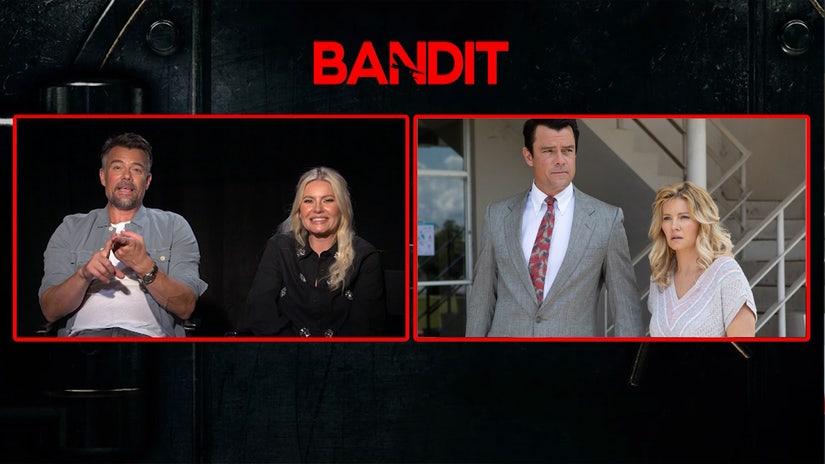 “There was a scene in the movie where I’m in a fireman’s costume. So I come out as a fireman out of this bank, after I just robbed [it], [Cuthbert’s character] wanted to see me [rob] for the first time,” Duhamel, 49, began, with Cuthbert noting that it was “110 degrees” at the time.

“And I get out of there and I’m supposed to get into the car and I show her the money and she’s supposed to get all hot and bothered by how attractive I am,” Duhamel added. “So she has to jump me and kiss me, while the reality is that after we said, ‘Cut,’ she turned over to the hair and makeup person and goes [gags].”

“Probably the only leading lady he’s ever had that’s ever done that,” Cuthbert, 39, said with a laugh, with Duhamel adding that he was “disgusting.”

The two said Duhamel would look over at Cuthbert after they kiss, and found her face “drenched” with his sweat.

“Bandit” was shot in the summer in Southern Georgia — although it’s set in Canada in the fall and winter — and due to the heat, Duhamel said, “there was no avoiding” being sweaty. Despite possibly being a little gross at times, Cuthbert said the shoot “was a lot of fun.” 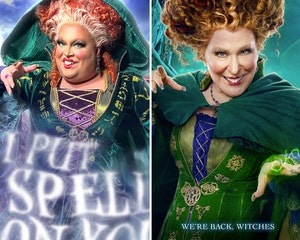 “Bandit” follows the real-life story of “The Flying Bandit” Gilbert Galvan Jr. (played by Duhamel), a career criminal, who, after escaping from a Michigan prison in 1985, travels to Canada, where he takes on a new identity of Robert Whiteman and falls in love with Andrea (Cuthbert). To earn money, he turns to robbing banks, committing heists in over 50 banks across the country.

In addition to Duhamel and Cuthbert, the crime film — directed by Allan Ungar — also stars Nestor Carbonell as a detective who is hunting Galvan Jr., and Mel Gibson, who portrays a gangster.

While speaking with TooFab, Duhamel, Cuthbert, Carbonell and Ungar revealed the real Gilbert Galvan Jr. was actually a consultant on the film.

“I talked to Gilbert very early on,” Ungar told TooFab. “And then when Josh signed onto the film, he was the first one in, him and Gilbert started talking. So we were able to sort of draw, from that wealth of knowledge that he had [and] pick his brain. And he was actually on set. He’s a patron in the background, drinking beer a couple of times if you look close enough. And so we were very fortunate to have him there.” 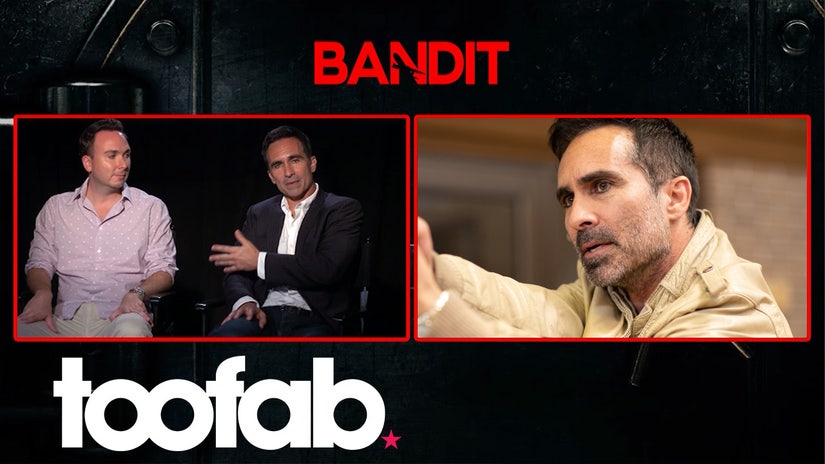 As for his conversations with Galvan Jr., Duhamel said he was “mostly concerned or curious about what he was going through, like mentally and emotionally getting prepared, especially for the first [robbery].”

“And he was very technical about it.,” he added. “He was very much about like — well, he remembered specifically how he would cut his turtlenecks in the back so he could easily tear it away. And he would have these ways that he became an expert at quick sort of changing in and out of these costumes and creating noses and all the disguises.”

And according to Duhamel, Galvan Jr. only had one main concern: his producing fee.

“He was mostly concerned about when he was gonna get paid,” he said, to which Cuthbert laughed in response. “I gave him my number and he would reach out wondering … to make sure that I checked to see if it was okay if he came to the set when we started production so he could get paid for his producing fee.”

Carbonell is known for his dark eyelashes, something which has always sparked confusion over whether he wears eyeliner. It’s actually something that was incorporated into the film, with Duhamel’s character making a few 80s-themed cracks about it throughout the movie.

“I always have fun, you know, I’ve done it in a number of productions because it’s sometimes it’s pretty apparent. And we talked about it with Boy George,” Carbonell told TooFab, looking at Ungar as he referenced the joke in the film. “We had this whole thing with Boy George. He wears makeup. And so I was like, ‘I gotta throw that in there.”

“I’m not surprised,” he added when asked if he’s still surprised about the confusion. “Sometimes I look on camp when I see that myself on camera. I go, ‘I can’t blame people because you know … certain lighting, if there’s too much, makeup under the eye, then it even highlights it more.”

See more from Duhamel, Cuthbert, Carbonell and Ungar in the videos, above!

“Bandit” is out now in select theaters and on demand.