Bentley is poised to replace its emblematic W12 engine with an even more powerful plug-in hybrid system – one that Matthias Rabe, the company’s head of engineering, hints is likely to be based around a V8.

“I want all of our future plug-in hybrids to be more powerful than today’s 12-cylinder,” Rabe told Autocar at the launch of the Bentley Bentayga EWB in Canada. “I don’t want a reduction in power.”

Bentley has three existing PHEV powertrains, each using a 3.0-litre V6, but the 443bhp and 456bhp options in the Bentayga and the 536bhp one in the Flying Spur are shy of the output of the venerable W12, which makes 650bhp in the Continental GT Speed and 730bhp in the limited-run Mulliner Batur.

Sibling brand Porsche, meanwhile, uses a PHEV powertrain that combines a 134bhp electric motor with the Volkswagen Group’s 4.0-litre twin-turbo V8, making 671bhp in the Cayenne Turbo S E-Hybrid and 690bhp in the Panamera version. This could serve as the basis for similar options in the closely related Bentayga, Continental and Flying Spur.

Bentley has confirmed to Autocar that PHEV mules are currently out testing, as the entire range will offer a plug-in option by 2025, and our spies have snapped a Continental PHEV on the roads for the first time. 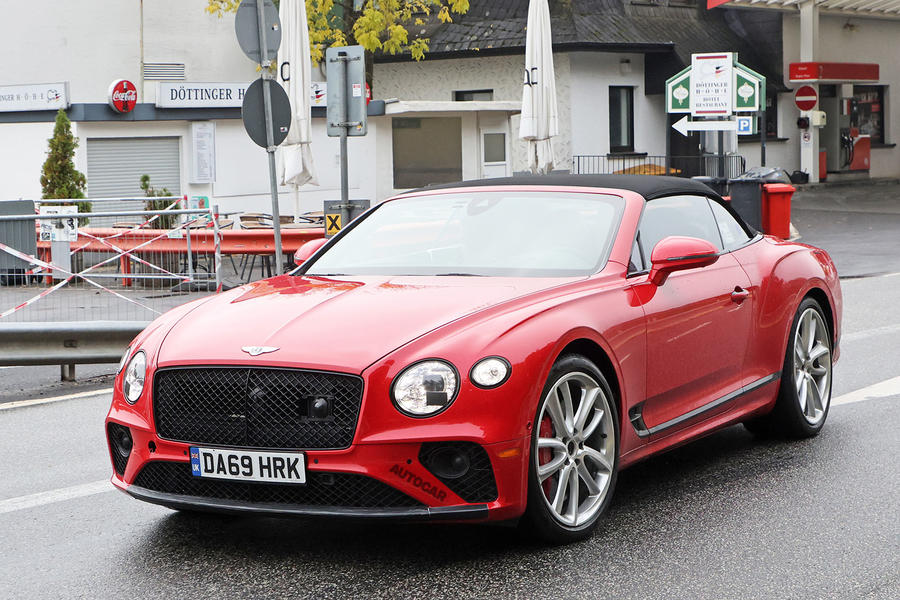 Although Bentley wouldn’t confirm the ICE base of the powertrain in the testing mule, Rabe hinted that an electrified V8 is on the cards.

“We’ve had fantastic six-cylinder engines in the past, but I think Bentley today is normally either eight-cylinder or 12-cylinder, and a hybrid combined with the eight-cylinder would be a perfect fit,” he said. “Also from the point of view of weight distribution, because you can achieve something like 50:50.”