Very few details were shared about the car’s interior, however pictures show an interior vaguley reminiscent of the Nuccio, unveiled in 2012 as Bertone’s first self-badged car, with a driver-centric cockpit and what appers to be a fully digital driver’s display.

The new GB110 marks the design house’s comeback having gone bankrupt in 2014 after near misses in 2007 and 2011, with the brand purchased by brothers Mauro and Jean-Franck Ricci – who operate technology consultancy Akka – in 2016.

Two years later, Akka unveiled the Smart Bertone, a thorough revision of the Smart Fortwo Electric Drive. Its power was boosted from 79bhp to 276bhp thanks to an additional motor and a Formula 1-inspired kinetic energy recovery system (KERS), allowing it to deliver a whopping 1696lb ft through all four wheels.

An aggressive bodykit and rear spoiler designed in-house were added to emphasise the car’s sporting credentials.

Akka’s portfolio covers the entire process of developing a car, from manufacturing concepts to electrical systems and more, with autonomous driving technology in the pipeline.

The company has previously worked with the likes of Aston Martin, Ford and the Volkswagen Group, among others. 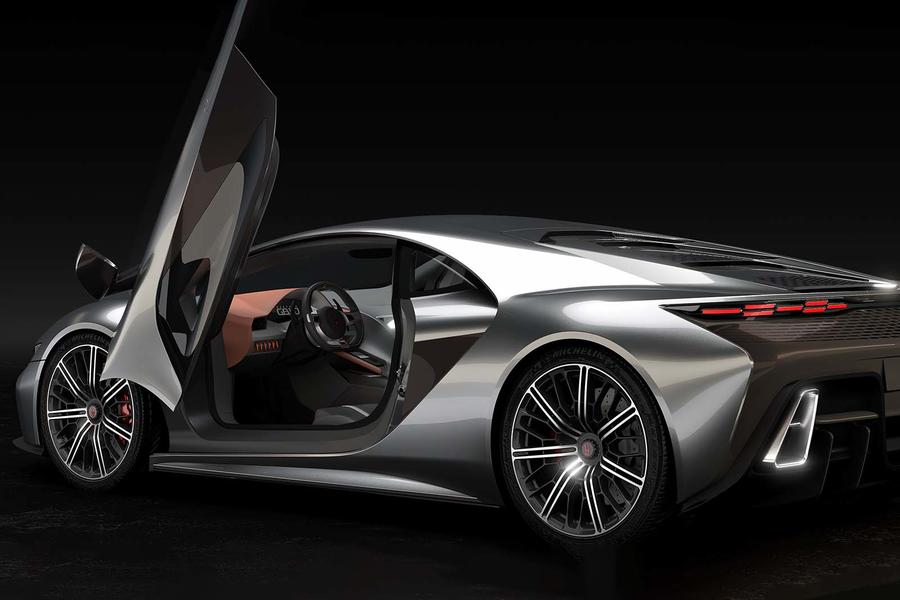