When the Consumer Electronics Show (CES) opens tomorrow, it can make the surprising claim to being Europe’s most influential motor show of 2023, despite being held in a desert thousands of miles away.

Audi, BMW, Mercedes-Benz, Peugeot, Volkswagen and Volvo will show off new cars, concepts or technologies at the event, while some of Europe’s most influential suppliers, such as Bosch and Continental, will preview their newest innovations.

CES has thrived as a showcase for automotive tech even as traditional motor shows decline in Europe. The event allows car makers to outline exactly how they are innovating within an industry that has traditionally been seen as a tech laggard, while also connecting with those suppliers that can speed up the process.

For example, long-time CES supporter BMW will use the event this year to unveil a concept previewing the Neue Klasse platform that will underpin its new electric cars from 2025. CEO Oliver Zipse will address the conference this evening at 8pm Pacific Time, providing more colour on how the company plans to advance its technology rollout.

Stellantis, meanwhile, is using the event to reveal the Inception concept showing Peugeot’s new design direction, underlining the global appeal of CES, given Peugeot’s continued absence from the US market. Stellantis CEO Carlos Tavares will also speak at the event on Thursday.

Volkswagen, meanwhile, will use CES as a staging post for the global unveiling of the ID 7, an electric alternative to the Passat saloon. The full unveilinig of the MEB-platform-based liftback won’t take place until later in the year, but this shows it in disguise and previews some cabin technology, such as the central display and a smart ventilation system.

For the first time, the Volkswagen Group’s software division, Cariad, also has a stand at the event. 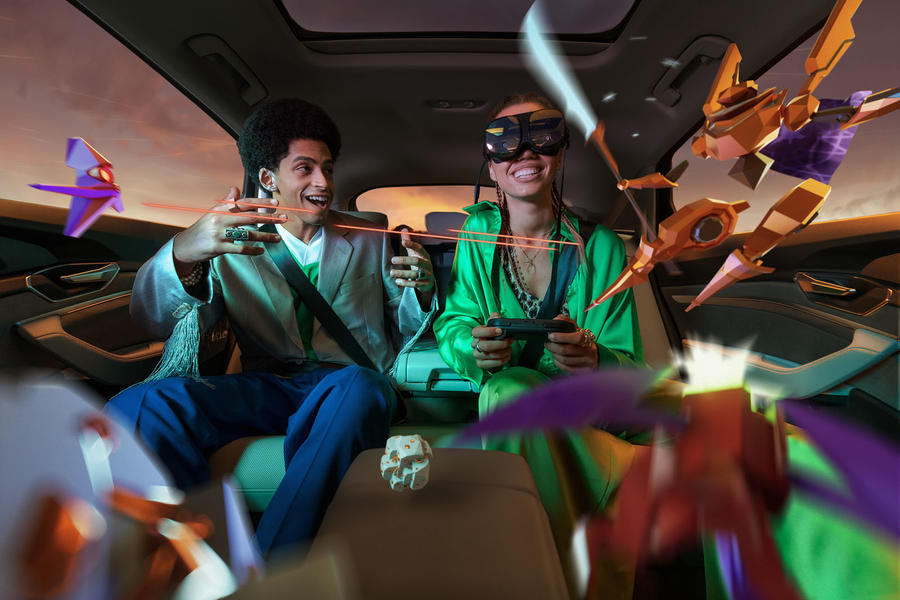 Audi meanwhile is there to update showgoers on the virtual-reality gaming technology Holoride 4 (depicted above), which went on sales in certain Audi cars in Germany this year and will be introduced to other European markets later this year.