Edmondson admits that as “a fire-breathing machine of the old school”, Bloodhound had lost its relevance, but as a user of synthetic fuels, it becomes important all over again. He also hopes that this will renew its appeal to young people. Bloodhound has always set great store by its contact with students, hoping it will encourage them to follow STEM subjects. 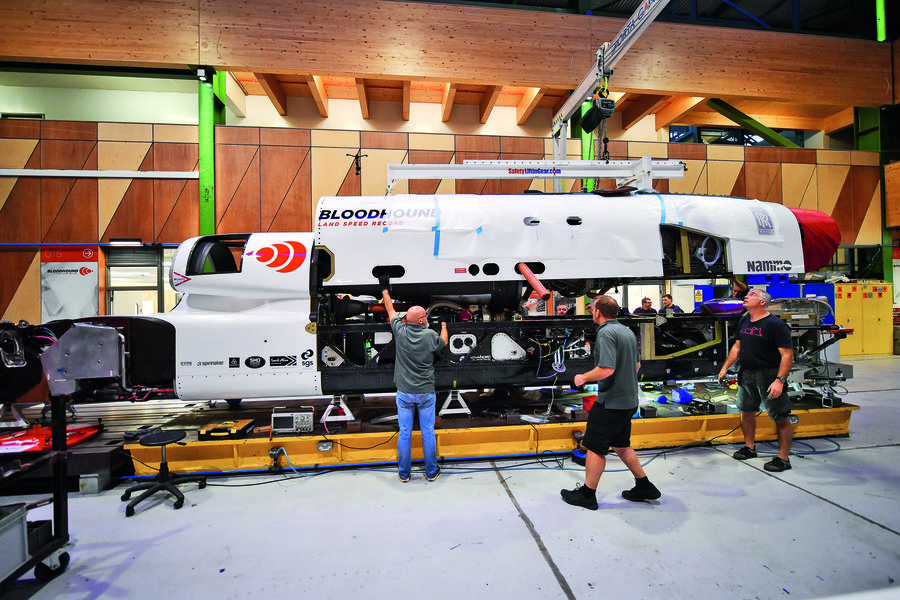 “We have a developed car, a proven team, a prepared track and a driver who already holds the world land speed record,” he said. “We’re also in a position to create worldwide interest if we break the record, which we have great prospects of doing. Why wouldn’t new backers be interested?”

Apart from its Rolls- Royce jet, the other major component of Bloodhound’s power pack is its Norwegian- made Nammo rocket motor that provides the immense power needed to take Bloodhound’s top speed from around 650mph to beyond 800mph. That motor has always been as green as it gets, points out Edmondson:

it is fuelled by hydrogen peroxide, whose only emissions are steam and pure oxygen. Given that it is already 14 years since Bloodhound was launched, and that there have been many successes and reverses along the way, Edmondson is reluctant to put a binding date on the car’s reappearance in action.

But the team, the car, the track and the South African authorities are all ready to go again, he says, so with the right funding, the car could easily be ready to run by 2024. However, Edmondson acknowledged that various global economic and industrial headwinds could hamper development.