The bezels around the rear lights will also be dropped for the fourth-generation design, as will the distinctive separate panel in front of the Mini’s front doors.

Even though the three-door Mini EV and Mini ICE hatchbacks are based on entirely different architectures, they will both share the stripped-back interior that has been developed under Heilmer. Sources say the Mini’s circular speedo will survive as a touchscreen and other switchgear will be significantly reduced, including the axing of the BMW-style circular controller.

What is an electric Mini Convertible like to drive? We take it for a spin

For a one-off prototype, this electric Mini Convertible is really remarkable. It looks and feels like a proper production car. The doors slam beautifully and the whole car moves with a fine precision that suggests it has undergone serious development. And we shouldn’t forget just how generally well made the current Mini range is, especially at its price points.

Our drive was a short run from a Portuguese hotel to the sea and back, but it was enough to know that adding electric running gear has done two things.

Firstly, this car felt immensely stiff and of a piece. There wasn’t the meerest hint of scuttle or steering column vibration, even driving over cobbles.

Is that a consequence of a large battery pack being bolted into the floor structure? Mini staff weren’t saying much, but it was hugely impressive and made the little Mini feel much bigger and grown-up. The overall rigidity also made it easy, and very satisfying, to spear the car around tight bends with great precision. 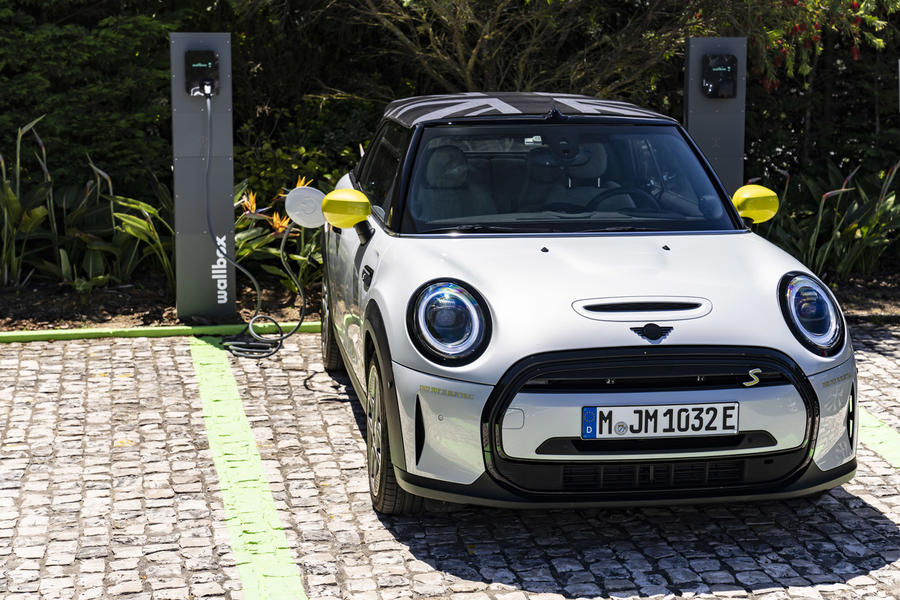