Bosch and Mercedes-Benz have obtained commercial approval to introduce their autonomous valet parking system in Germany.

The Level Four autonomous driving system has been approved for use at Stuttgart Airport’s P6 garage, where it can park – and return – cars without the driver.

It works via the Mercedes Me smartphone app. Drivers book a space in advance and leave their vehicle in a drop-off zone, at which point the system checks whether the route to the space is clear. If the system is satisfied, the driver is notified that the car is on the move and that they can leave the garage (or await collection, if leaving).

This requires a car park to be fitted with a network of sensors capable of communicating with the car, the complexity meaning that the system is currently limited to the P6 garage.

However, it has also been in testing at the Mercedes-Benz Museum (also in Stuttgart) since 2019, albeit under a special permit.

The function is currently limited to examples of the Mercedes S-Class and Mercedes EQS built since July 2022 and fitted with the Intelligent Park Pilot option. 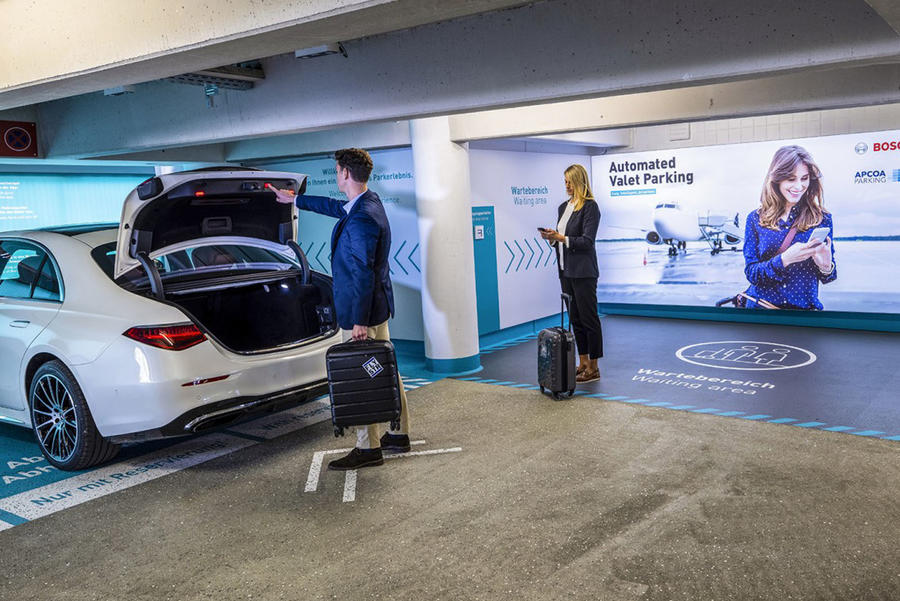 It’s the first Level Four system (capable of fully autonomous driving within a geofenced area) in the world to be approved for commercial use.

Bosch mobility executive Markus Heyn said: “Driverless parking is a key aspect of automated mobility. The highly automated parking system we developed together with our partner Mercedes-Benz shows just how far we’ve already progressed along this development path. It will be with driverless parking that everyday automated driving will start.”

Heyn added that the company plans to roll out the technology in “several hundred” car parks across the globe over the next few years.