British electric truck start-up Tevva has secured type approval for its first full-production vehicle, a 7.5-tonne truck with a range of up to 141 miles.

Twenty examples are due to leave the Tilbury-based firm’s manufacturing plant located on the edge of the Thames Freeport during the first week of January, en route to customers.

By the end of the year, Tevva hopes to be producing around 1000 new trucks annually, a figure boosted by the launch in six months’ time of a hydrogen-electric range-extender variant, to be followed at the end of the year by a 19-tonne version using the same technology.

Tevva was founded 10 years ago by Asher Bennett (pictured below), an Israeli former submarine officer who was inspired to start his business by the electrically powered craft he served on and the diesel generators that extended their range.

The company’s new trucks enter a market served increasingly by established manufacturers including Daf, Mercedes-Benz and Volvo as well as newcomers like Volta.

Is Bennett concerned about the heavyweight rivals ranged against him? “Not at all,” he said. “Competitors are good. They show customers there’s a market for our technology.”

With just over 10 years to go before new fossil-fuelled HGVs under 26 tonnes can no longer be sold here, Tevva and other truck makers are under pressure to establish electric trucks as a viable alternative in the minds of operators.

“In truth, it’s our customers’ customers we have to persuade,” said Bennett. “They want to be green, but they’re businesspeople too so need to be sure that electric trucks are competitive in terms, for example, of their total cost of ownership.”

On that point, Bennett said medium-range journey cycles are where Tevva’s EVs score over diesel trucks: “Until they’re being produced and sold in large numbers, our electric trucks are more expensive than diesel alternatives. However, their running costs are lower, and the more mileage they cover, the lower those costs are. On short journey cycles they are not so efficient.”

For the sceptical operators out there, Tevva offers a growing fleet of long-term demonstrators, supported by a mass of data gathered since 2016 by its development trucks during 300,000 test miles in UK cities. 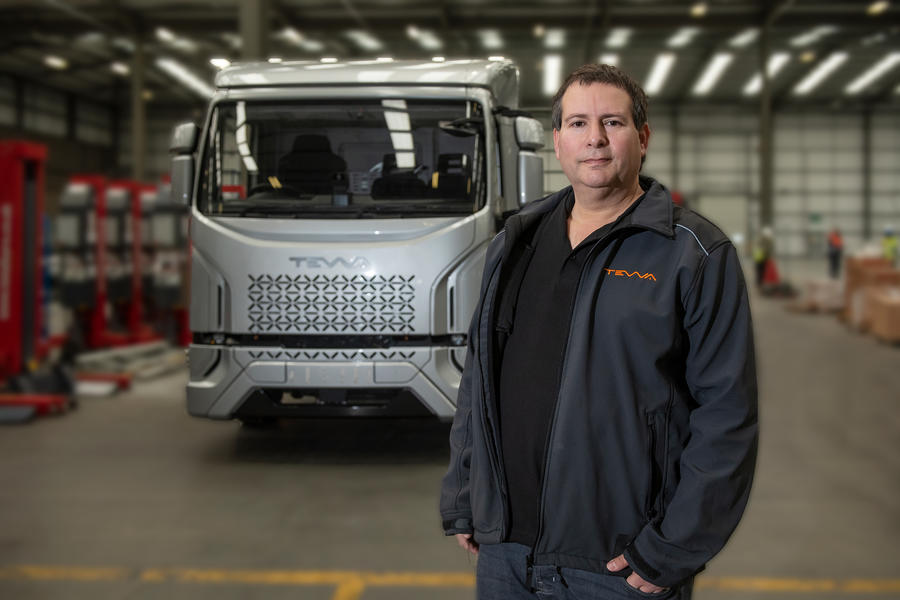