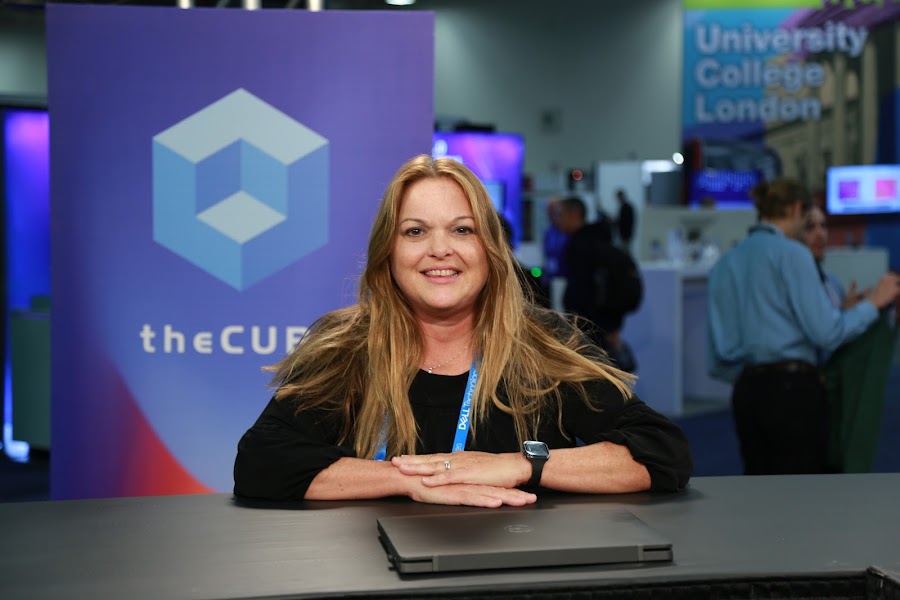 When Broadcom Ltd. unveiled its Tomahawk 5 switch processor in August, it delivered the latest salvo in what is shaping up to be an interesting competition among chipmaking giants for hyperscale business.

Tomahawk 5 leverages Remote Direct Memory Access over Converged Ethernet, or RoCE, on open standard designed to offload data movement and availability of CPU resources to the application. The technology is in counterpoint to other connectivity solutions using the InfiniBand standard. Major hyperscalers, such as Amazon, Microsoft and Google would prefer to see lower processing costs with higher performance.

“Let’s go ahead and offload the CPU so we adopted the RoCE standard,” said Kim Leyenaar (pictured), principal performance architect at Broadcom. “Instead of using the CPU to transfer data from the user space over to the next server, we’ll handle it ourselves. We will move it across the wire and put it in that remote computer. It’s a big savings.”

Leyenaar spoke with theCUBE industry analysts Paul Gillin and David Nicholson at SC22, during an exclusive broadcast on theCUBE, SiliconANGLE Media’s livestreaming studio. They discussed Broadcom’s most recent announcements and a focus on supporting data-intensive applications. (* Disclosure below.)

Broadcom has made a series of releases over the past year to address connectivity needs within the high-performance computing industry. In addition to Tomahawk 5, the company also recently introduced the Atlas2 switch based on the latest generation of peripheral component interconnect express or PCIe technology.

“We’ve been able to double the bandwidth from Gen 4 to Gen 5 and in order to support our Atlas2 PCIe Gen 5 switch,” Leyenaar said. “It’s a magic connectivity right now.”

Driving these advances in connectivity are continued demands for supporting enterprise applications that feed on data. This has made transfer speeds, using Broadcom controllers, a key requirement for high-performance processing.

“We’re doing 28 gigabytes a second that we can transfer through one controller, and that’s on protected data,” Leyenaar said. “You can have as much compute power as you want, but these are very data-hungry applications and a lot of that that data is not sitting right in the box. It’s in some other country or city or just in the box next door.”

(* Disclosure: This is an unsponsored editorial segment. However, theCUBE is a paid media partner for SC22. Neither Dell Technologies Inc., the main sponsor for theCUBE’s event coverage nor other sponsors have editorial control over content on theCUBE or SiliconANGLE.)