Colin Turkington had a weekend to remember in the latest BTCC round at Snetterton, the BMW driver emerging with pole position, two wins and a sixth place to leave himself with a 15-point cushion at the top of the championship heading into the final few weekends.

During a scorching weekend in Norfolk, Turkington completed his 500th BTCC start, cementing his third spot in the BTCC all-time list.

Turkington does the double 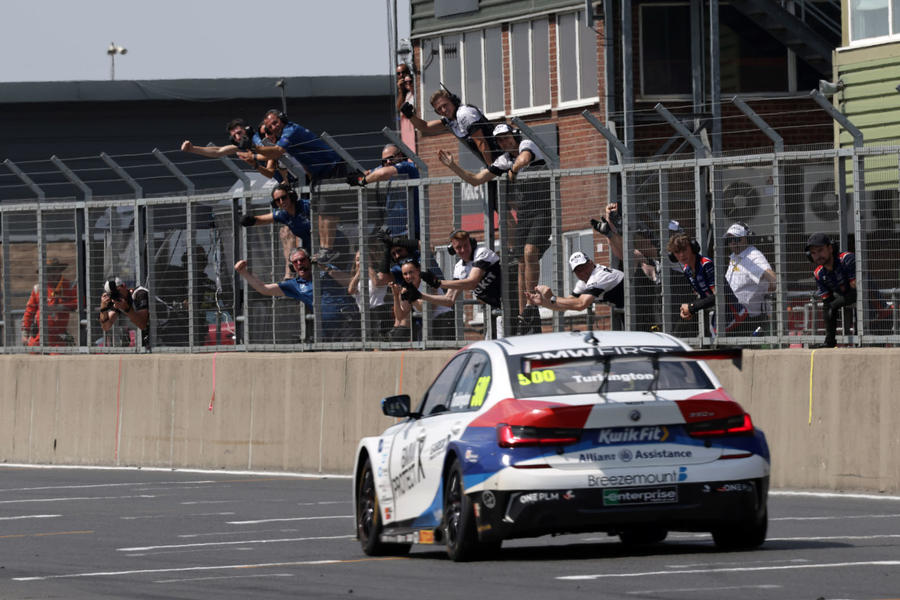 Turkington was shadowed in the first race by West Surrey Racing stablemate Jake Hill, who kept the Northern Irishman honest at both the start and safety-car restarts but never had quite enough pace to truly threaten.

Hill and Hyundai i30 N racer Tom Ingram earned the other podium spots, with the sort of consistency that will help out their respective championship challenges.

The first lap of race two was even closer, as Hill again threatened to spoil Turkington’s weekend. The two ran side by side for most of the opening lap, impressively with no contact, before Turkington’s experience gave him the edge and he pulled clear. Turkington eventually finished more than a second ahead of Hill at the flag – a similar gap to his first race win.

Ingram finished third to mirror the first podium of the day. 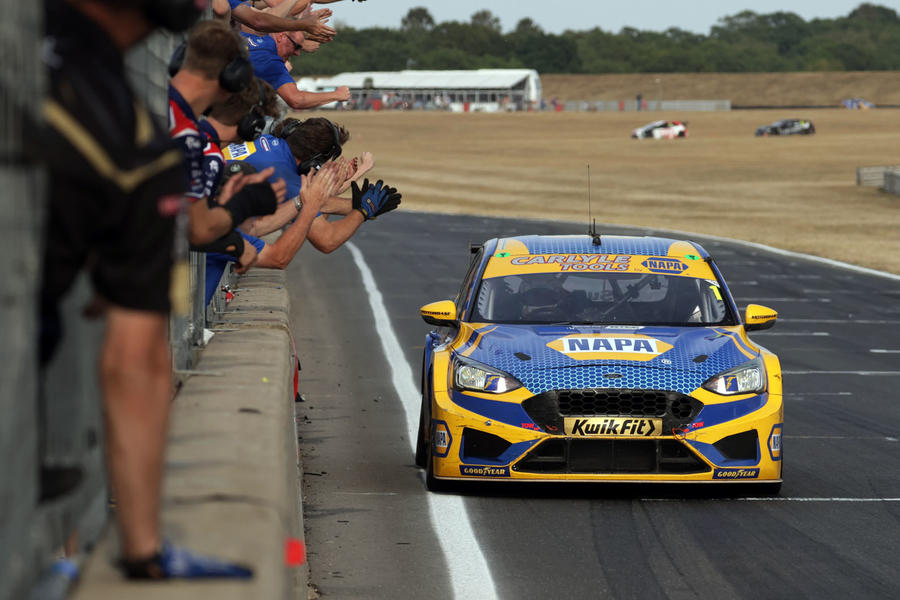