Naturally, Sutton took time to adjust and get into his full swing this season – although he still scored a podium at the first meeting of the year. It’s his relentless consistency and focus on the bigger picture, of nearly always scoring decent points even when victory is out of reach, that’s key to his fantastically effective approach. He has won three races since Knockhill at the end of July, but the Silverstone performance exemplified why he’s leading the way into the final knockings. Sixth, fourth, second: on a day when his car wasn’t the quickest in the field, he stuck to his long-game mission.

He’s a shining example to any ambitious racing driver in any discipline if they want to earn multiple titles. 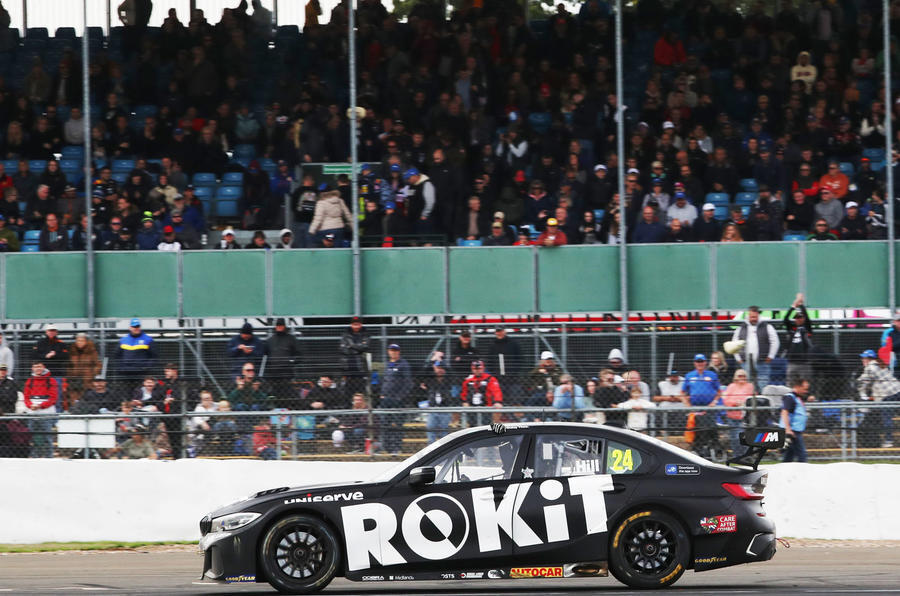 Sutton is outstanding, but he’s not unbeatable, especially if the cards fall against him, as they did so quickly for Turkington at Silverstone – and in Hill and Ingram, he faces formidable foes, both of whom are hungry and more than capable of snatching their first BTCC crowns.

Compared with Sutton, Hill has travelled in reverse this season, from a front-driven Focus ST to a rear-driven BMW 330e run by WSR under the badging of Mark Blundell’s MB Motorsport.

Also 28, he has matured into a devastatingly effective BTCC star. He’s heading to his home circuit, where fiercely proud father Simon spent many years as a racing school instructor, so it would be the perfect backdrop if destiny is to fall on his side.

Hill was the star performer at Silverstone, shadowing Rory Butcher’s Toyota Corolla in race one, then pulling off the move of the weekend on Gordon Shedden’s Honda Civic Type R to win race two, and should be pumped full of confidence this weekend.

Twice a BTCC runner-up, 29-year-old Ingram has four wins under his belt this term, his second driving Excelr8’s Hyundai i30 N Fastback, and he has no interest in playing the bridesmaid again.

There was some fortune in his race-three win at Silverstone, when Josh Cook and Dan Cammish came together off the line and then Cook was tail-ended by Adam Morgan at Becketts – but everyone needs and relies on a slice of luck in motorsport.