Bugatti has delivered the last of its record-breaking Bugatti Chiron Super Sport 300+ models, which means the 30-example production run has finished.

First revealed in 2019, the Chiron Super Sport 300+ was the fastest production car on sale, having achieved a record-breaking 304.773mph at the Volkswagen Group’s Ehra-Lessien test track in Germany.

The 30 cars sold for around £3.1 million apiece and feature exposed carbonfibre bodywork with orange accents that pay homage to the original Bugatti Veyron Super Sport World Record Edition, which was the fastest production road car in 2010.

Each car is powered by a re-engineered version of the quad-turbocharged 8.0-litre W16 engine seen in the standard Bugatti Chiron. 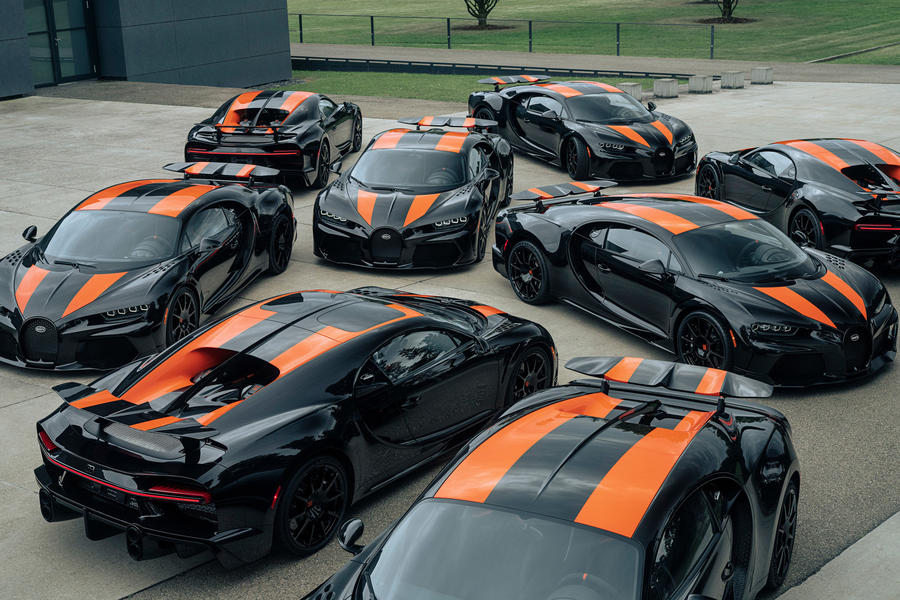 The Super Sport 300+ gained a performance boost of around 100bhp, at 1578bhp. Thanks to a longer-ratio gearbox, the car can reach top speeds of more than 300mph, whereas the standard car was limited to 261mph.

Bugatti installed a new thermal management system and tuned the software to refine the engine, powertrain, gearbox and turbochargers. The model also gained a long-tail design, which increased its length by 25cm to reduce aerodynamic stall by over 40%.

Christophe Piochon, president of Bugatti Automobiles, said: “In the long history of Bugatti, there are vehicles that come to define their era. The Type 35 transformed motor racing, the Type 41 Royale redefined opulence, the Type 57 SC set new standards for design, and now there is the Chiron Super Sport 300+, hitting speeds that were long thought to be impossible in a production car.