DILLIAN WHYTE is a funny guy. During lunch, at the start of a weekend of fools and heroes, he joked his way through three courses. He daintily moved across the venison carpaccio and slow-cooked ox cheek like a chef in a dream.

He laughed until he cried at the conversation about Dictaphones. He was then assured, by the gathered and easily alarmed media, that he could leave their phones on the table and that there was no need for him to pack the 10 devices down his kecks.

He talked lovingly about his seven dogs back in Portugal. He has been separated from them by his stay in California in the care and control of Buddy McGirt. He is the latest apostle at Buddy’s door, and he will not be the last. They get on.

And when the last slick of brown sugar, caper and lemon dressing had been wiped from a plate, he got serious. And when Dillian Whyte gets serious, he has an endless list of topics to cover. The wrongs, the rights, the fights, the WBC, the boxing business and the people running it. Whyte, rest assured, is not finished with his boxing mission.

And it has been a long, long journey to get here. Forget the child he had when he was still a child, the shooting, the stabbing, the kidnapping, the violence and threats. His life in the ring has been the real carnival in his life. He just shakes his head when reminded of his early days, the forgotten nights – the nights when he had as much hope of fighting for a world title as a polar bear winning MasterChef. He tried that show, by the way.

Whyte is a survivor. His mould has been tossed away. There will be no more men like Dillian Whyte in our business. Harry Greb, Sam Langford, George Chuvalo went the same way. I might even add Tony Booth to the list; they were fighters with something different in their style, their history on both sides of the ropes and the way they lived. It’s not always about the money. Or, the titles.

So, over chicken schnitzel and fried egg, Whyte talked about those long, lost days. “I made no money on some fights. None. I just had to get out and fight – it was that or not fight. That is not a choice,” Whyte insisted. He paid opponents when he had to if that was the price of getting a fight. He also wanted to fight better opponents, men with names on their records and they cost money. It is money that the fighter must find on the boxing circuit away from lucrative television deals, sponsors and backers. He is part of the last generation of men who will make millions from title fights and still be able to tell tales about fighting for nothing in places like the Coronet Theatre and the Troxy.

“Dillian’s attitude was refreshing,” said Mickey Helliet, the promoter, fight fixer, super-agent and good guy. “He has always just wanted to fight – he likes to fight.” 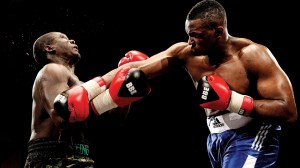 Whyte was buried on some tiny cards and had his first fight at a leisure centre in Kent on a Kellie Maloney show. The main event that Friday night in 2011 was Sam Webb against Prince Arron for the British light-middleweight title. It was a decent bill, but being the debut boy means being buried deep, deep down the 10-fight card. It was anonymous. Hands up, I missed it.

His money (purse) was often determined by the quality of the opposition and where they were flying in from. His purse was often made by the tickets he sold. It’s a cold business away from the lights and the chosen few.

It’s not a complicated business: good losers from America are rare for that reason; they cost too much, demand too much and are a nuisance. A kid from Latvia or the Czech Republic with fly on his own and get the coach to Manchester from Stanstead. A noisy American heavyweight from Cleveland makes demands like he is on his way to the Rumble in the Jungle. Whyte wanted tests and tests cost a bit more money.

He would get tickets and from that ticket money he would have to pay for the opponent and, if there was any left, he would take his purse from the ticket sales; there were times when there was nothing left and that meant that he fought for nothing.

“Man, this business is crazy,” Whyte added last week during the lunch. “I have seen this business from all sides. Nothing surprises me; nothing shocks me.”

In Whyte’s 13th fight he met the big Brazilian, Marcelo Nascimento, in 2015 at the Camden Centre. It was a costly fight and not one that made any financial common sense. How could it? Nascimento had met Tyson Fury, Joseph Parker and Manny Charr. He was fresh from a points loss to Eddie Chambers. It was a big step for Whyte at the time and a fight that goes under the radar. Whyte was given his tickets – cash up front, by the way – and then had to go off and sell them. Nascimento was not cheap; Whyte stopped him in two rounds, dropped him three times. It was worth every penny he never made.

Last week, at a private dining room under the Charlotte Street Hotel, Whyte was a man far removed from those Coronet and Troxy days. He is a man with millions banked and millions more to come. However, he is also a man with a history in a part of the game that so few boxers in main events will ever have to experience. It is refreshing to know, after a weekend of the insults and circus acts by the players in Dubai, that some of the sport’s main attractions understand the sport’s roots. Whyte is a man from another time, make no mistake, no matter how many duck eggs you plonk on his lightly fried schnitzel.