Few other firms have released their 2022 results at the time of writing but, for reference, Hyundai recorded 3.9 million sales globally and Kia recorded 2.9 million.

Yet despite its relatively limited sales volume – having operated solely in east Asian markets for most of 2022 – BYD established itself a leading role in electrification, selling 911,140 battery-electric cars.

That left the emergent brand 402,711 EVs short of Tesla, which dominated the global electric car market with 1,313,851 sales in 2022. That was a record year for the American manufacturer, despite a slowdown in the final quarter.

Should BYD find a footing in the European market – having entered Belgium, Denmark, France, Germany, the Netherlands, Norway and Sweden late last year – it could position itself as a credible sales threat to the likes of Tesla. A UK launch is also scheduled for later this year.

BYD’s home market of China is one of the largest for plug-in hybrids globally and the technology continues to gather momentum in the region – unlike in Europe, where PHEV sales are dwindling. 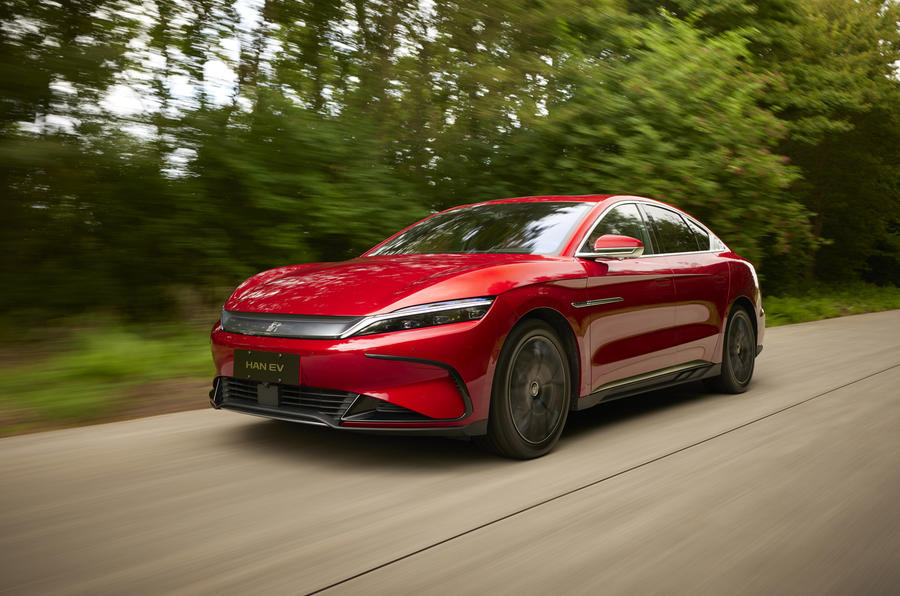 Such is the popularity of plug-in hybrids in China that BYD ended production of pure-petrol and pure-diesel models in March 2022. It sold only 5049 non-plug-in cars during 2022 – 0.27% of its total volume.

The brand has no plans to launch pure-combustion or hybrid models in Europe, instead opting to sell the electric Atto 3 crossover, Han saloon (pictured above) and Tang SUV in the market.

The aforementioned European venture, as well as the launch of the new Yangwang luxury marque – with the U8 SUV and U9 supercar priced at more than £122,000 – position BYD well for another bumper year in 2023.