The actor also spills on working with his wife — joking, “It’s so great when you can sleep with your costar!”

It’s been 25 years since Casper Van Dien made his very first appearance at Comic-Con with “Starship Troopers” — and now he’s back with another sci-fi project that just might include a few nods to the cult classic.

The actor made the trip down to San Diego over the weekend to promote “Salvage Marines,” a new series debuting this week on Popcornflix — where TooFab caught up with him to talk about the show, its callbacks to the 1997 Paul Verhoeven movie, working alongside his wife on it and his daughter Grace Van Dien’s big debut and brutal death as Chrissy on “Stranger Things 4.” 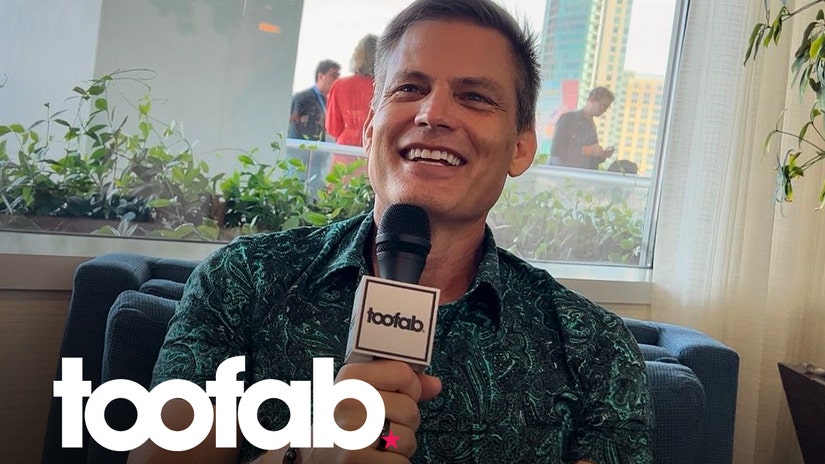 “I came to San Diego Comic-Con in 1997 for ‘Starship Troopers.’ They all came to me and said, ‘There’s this thing called Comic-Con down in San Diego …’ and I’m like, ‘I’m there! Yes.’ But then they asked the other actors and they didn’t want to come,'” he shared of his history with the fan convention.

“They didn’t really know at the time, but I was that much of a nerd, that I was like, ‘Oh my god, yeah!’ Then I was here for ‘Tarzan,’ then I was here for ‘Sleepy Hollow,'” he continued. “I was supposed to do ‘Sleepy Hollow’ with Johnny Depp, Tim Burton and Christina Ricci but they were all working, so they were a last minute cancelation because their show went over or whatever it was. It was just me and I said to the audience at the time, ‘I know you all wanted to see Johnny Depp and Christina Ricci and Tim Burton and Christopher Walken, but I’m glad to be here.'”

Thankfully, Casper already had good will with the audience though, who were and continue to be big fans of “Starship Troopers” and his work in the sci-fi and horror genre in the years since.

“I love the genre. I loved Star Trek when I was a kid. I wanted to be Captain Kirk, who doesn’t?” he told TooFab. “He got to be with the green women, women with feathers, everything he wanted, he was awesome and now I get to live the dream and I’m around people that are just as much nerds as me.”

On the new show, he plays a factory laborer willing to do anything — including signing up for the titular Salvage Marines and heading out into deep space and a war-torn universe — to give his family a better life. It’s a project he says comes with its fair share of similarities and differences to “Starship Troopers,” where he played a general in the mobile infantry out to kill every “bug” in the galaxy.

In the first episode, there’s even a group shower scene … something that is very likely a callback to a similar scene in the 1997 flick.

Another exciting aspect of the series: Casper costars in it with his wife since 2018, Jennifer Wenger, who plays another member of his squadron.

“Working with my wife, it’s so great when you can sleep with your costar … it is!” he joked, as Wenger laughed behind him off-camera. “I’m not gonna do that on any other production. No way, no siree Bob, unless it’s her again!”

And while his wife joined him at the convention for the show’s panel, she wasn’t the only family member in San Diego — in spirit at least. Throughout the weekend, Casper said he saw quite a few fans dressed up as his daughter, Grace Van Dien, who recently made a big splash as Chrissy the cheerleader — and Vecna’s first victim — on “Stranger Things 4.”

“I’m so close to my daughter, I love her, I’m so proud of her, it’s so much fun seeing all the people cosplaying as her and that she’s a pop culture moment right now,” he exclaimed when asked about her role.

“I knew a long time. She had to sign an NDA, she said, ‘Dad, I had to sign an NDA but let me tell you,'” he added, saying he’s been feeling all the love from her fans on social media. And while most parents might have a hard time seeing their kid have all their bones crushed on screen, Grace’s family ate it up.

“I was like, she’s awesome. You know, I’m in these movies, I love this kind of stuff. I was like, it’s a good death,'” he said. “‘Sleepy Hollow’ made me half the man I am because he cut me in half and this one is gonna make her the one with the eyes up in the ceiling, it’s all great.”

Check out his impression of her death scene in the video above. “Salvage Marines” debuts July 28 for free on Popcornflix.