The first ever electrified edition of the Chevrolet Corvette, called the E-Ray Hybrid, will arrive on 17 January.

Chevrolet has published a video of a production-ready car undergoing cold-weather testing, dubbed over with a mixture of V8 grumbles and electrified whines. This suggests its anticipated hybrid powerplant will be based around the hallowed 6.2-litre petrol engine and offer electric-only running over a certain distance.

In an earlier teaser video showing a camouflaged prototype, the front wheels were seen spinning before the rears, confirming a four-wheel-drive set-up.

Announced in this latest teaser is a new Stealth mode, which will likely switch the drivetrain from hybrid power to electric power for towns and cities.

Stopping power will come from carbon-ceramic brakes, currently only available on the high-performance Chevrolet Corvette ZO6.

Late last year, the car was leaked on Chevrolet’s online configurator, with buyers able to spec a range of colours not currently available on the Corvette, from Riptide Blue to Cacti, along with the option of all-blue interior leather.

Chevrolet is yet to reveal exactly what powers the Corvette E-Ray Hybrid, but we expect it will feature broadly the same 495bhp 6.2-litre V8 as the current car, with a boost provided by the accompanying electric motor.

As part of its four-wheel drive set-up, we suspect the V8 will power the rear wheels, with electric power delivered to the front wheels by two electric motors. This would technically make it, in Stealth mode, the first ever front-wheel-drive Corvette. 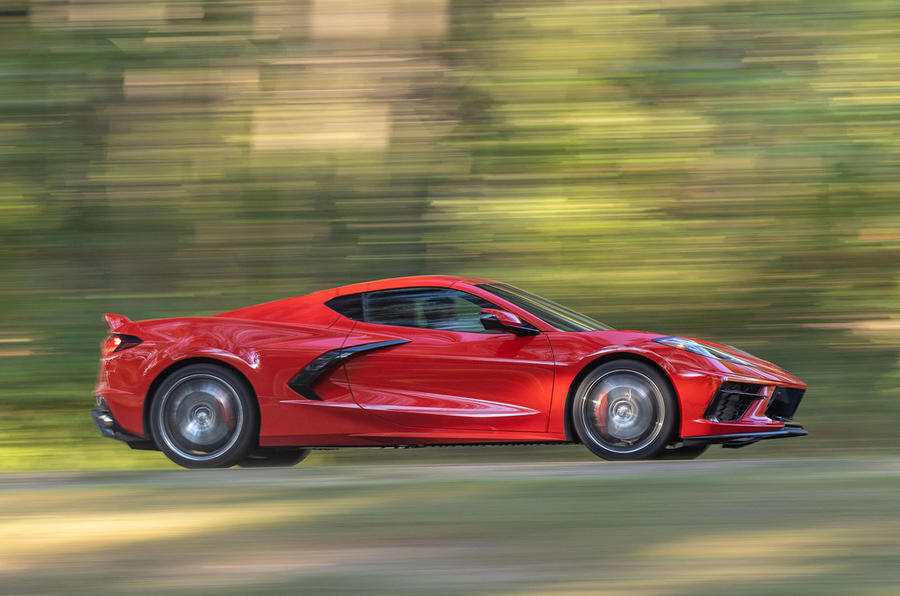