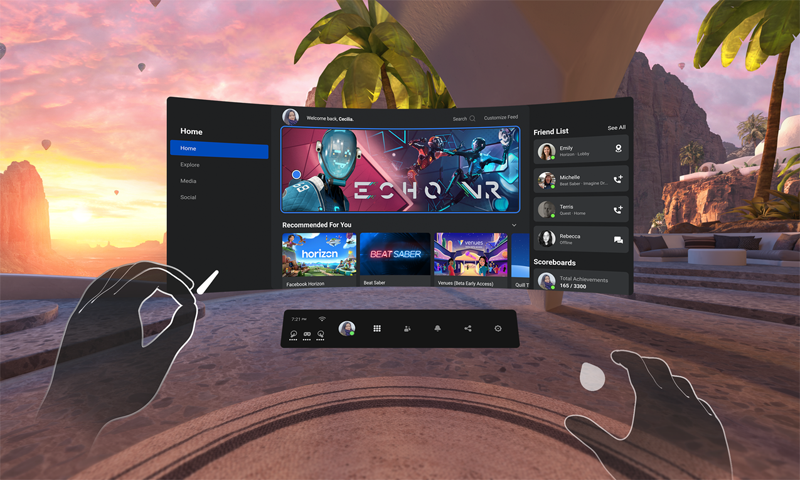 Meta Platforms Inc. has announced the price of its Meta Quest 2 virtual reality headset – previously known as the Oculus Quest 2, is increasing due to increasing manufacturing and shipping costs.

The headset, launched in September 2020, debuted with 64GB of memory for $299, $100 cheaper than the original Oculus Quest headset. Meta – then Facebook, increased the memory on the base model to 128GB but kept the same price and offered a 256GB model in 2021, according to UploadVR.

While a $100 price increase is somewhat significant, Meta is attempting to sweeten the price increase by throwing in popular VR game Beat Saber with all purchases from Aug. 1 through to Dec. 31. Beat Saber is VR game that involves players slicing blocks representing musical beats with a pair of contrasting colored sabers.

“The costs to make and ship our products have been on the rise,” Meta Quest said in a blog post. “By adjusting the price of Quest 2, we can continue to grow our investment in groundbreaking research and new product development that pushes the VR industry to new heights.”

Meta also made mention of its VR hardware roadmap, including the launch of its Project Cambria high-end headset later this year and plans to ship new generations of Meta Quest after that.

Meta Chief Executive Officer Mark Zuckerberg revealed details about the Project Cambria mixed reality headset  in May. The headset uses a technology called the “Presence Platform” that allows developers to better incorporate hand-tracking, voice interaction and video passthrough. The form factor and other technical specifications of the headset were not revealed at the time.

That Meta has decided to increase the price of its virtual reality headsets is somewhat surprising given it is two-year-old technology. However, the price increase comes amid broader market conditions that have resulted in a shipping crisis, a chip shortage and 40-year high inflation. Added to the mix is that Meta is known to be bleeding money in its Metaverse business Reality Labs, losing $2.96 billion in the first quarter of this year.

Zuckerberg said in May that he expects Meta’s metaverse projects will lose “significant” amounts of money over the next three to five years. “We want to get the hardware to be as affordable as possible for everyone, and make sure the digital economy grows,” Zuckerberg told shareholders at the time. Bumping up the price of the Meta Quest 2, while understandable, doesn’t align with Zuckerberg’s desire to make the hardware as affordable as possible, however.