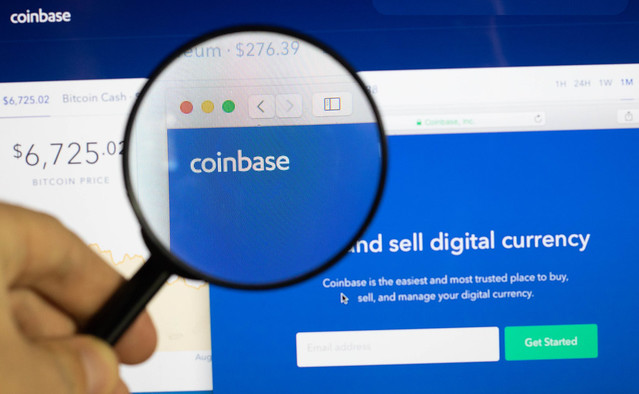 Major cryptocurrency exchange Coinbase Inc. confirmed that the United States Securities and Exchange Commission is investigating some of its products, including staking, which allows holders to earn interest by holding certain digital assets.

The company revealed the information in its quarterly report on Tuesday stating that it had received subpoenas from the SEC for documents related to several products.

“The Company has received investigative subpoenas and requests from the SEC for documents and information about certain customer programs, operations, and existing and intended future products, including the Company’s processes for listing assets, the classification of certain listed assets, its staking programs, and its stablecoin and yield-generating products,” Coinbase revealed in the report.

This follows a report from Bloomberg that Coinbase was facing a probe from the SEC over several of its cryptocurrency listings. In that report, the SEC alleged that Coinbase had not registered certain asset listings as securities.

Crypto staking services are a common product offered by exchanges for users to earn rewards by holding cryptocurrencies. Staking is a process by which crypto asset holders can earn yield for locking up their currency to assist in the verification of transactions to secure blockchain networks. It is a way for many traders to maintain their balances during market downturns.

During the second quarter, Coinbase’s blockchain-rewards revenue from staking accounted for 8.5% of its net revenue.

Stablecoins are a type of cryptocurrency that maintain one-to-one parity with another currency, such as the U.S. dollar. One example is the USD Coin, which is managed by a consortium called Centre that was founded by the crypto company Circle.

The nature of stablecoins have come under increased scrutiny by regulators after the catastrophic collapse of the algorithmic stablecoin TerraUSD, which wiped almost $60 billion from the cryptocurrency market after it lost its peg to the U.S. dollar, causing its sister currency Luna to lose 99% of its value in less than a week.

In a shareholder letter also published on Tuesday, Coinbase said that the SEC sent a voluntary request for information about listings and listing processes in May. However, the company does not know if this will become a formal investigation.

“As with all regulators around the world, we are committed to productive discussion with the SEC about crypto assets and securities regulation, and to working alongside all policymakers to build a workable regulatory framework for the cryptoeconomy that addresses any areas of risk,” Coinbase wrote.

Coinbase has had a bumpy relationship with the SEC with some of its products including an interest-bearing lending service called Coinbase Lend. The company delayed and ultimately canceled the launch of Lend after the SEC filed a lawsuit against Coinbase claiming that the product would amount to offering a security.

In spite of the current scrutiny by the SEC into its listings, Coinbase said in the filing that it would not “have a material adverse effect” on the company’s finances.