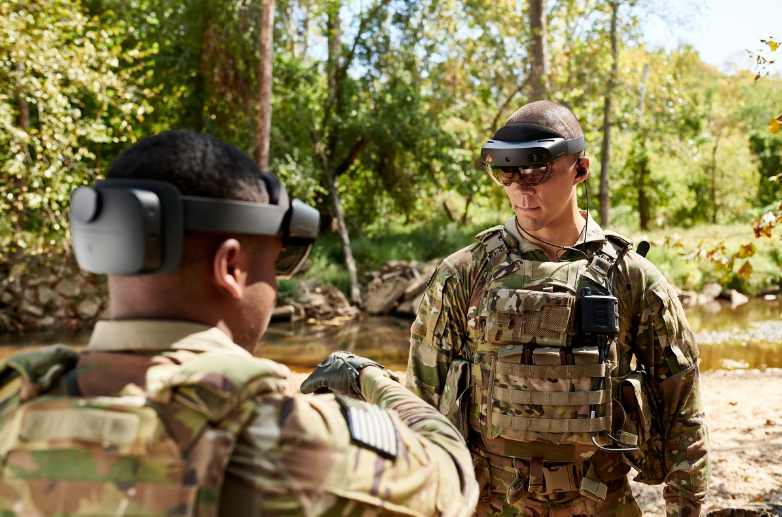 Congress has said no to a request from the U.S. Army for around $400 million to buy 6,900 pairs of goggles based on Microsoft Corp.’s HoloLens headset technology, it was first reported today by Bloomberg.

When Microsoft unveiled its augmented reality headset in 2015, it made quite a splash, heralded as the technology that was going to change the world. For a while, it seemed like households would be employing such augmented realities at home, although HoloLens never really became a consumer product.

The U.S. Army did see some potential in the technology. Over the years, it and Microsoft have worked on variations of the headsets for training purposes and various field operations. This apparently didn’t always go too well, with reports saying recent variants of the goggles made soldiers feel discombobulated and nauseous. As for using them in the field, one soldier was quoted in the press in 2022 as saying, “The devices would have gotten us killed.”

It seems unlikely then that Congress would have given the Army $400 million for more headsets, at least not until the issues had been worked out. Congress has said the Army can have around $40 million, so it can fix the issues that have so far made HoloLens a liability.

The HoloLens technology is being used for what is called “Integrated Visual Augmentation Systems” or “IVAS.” The Army has so far used a 1.0 and 1.1 variant of IVAS and is now in the process of testing a 1.2 variant. The goggles have been called a “do-it-all” technology, helping soldiers with what Army Times said was “navigation and rapid target acquisition with weapons sight camera linkage.”

But after 1,000 soldiers spent more than 100,000 hours testing the previous versions of the goggles, the feedback was not exactly positive. The Army is now working with Microsoft on this 1.2 version of the goggles and seems to think the problems will be ironed out. “The Army is fully committed to IVAS and the leap-ahead capability it will provide for soldiers to prevail on the battlefield,” it said in a statement.