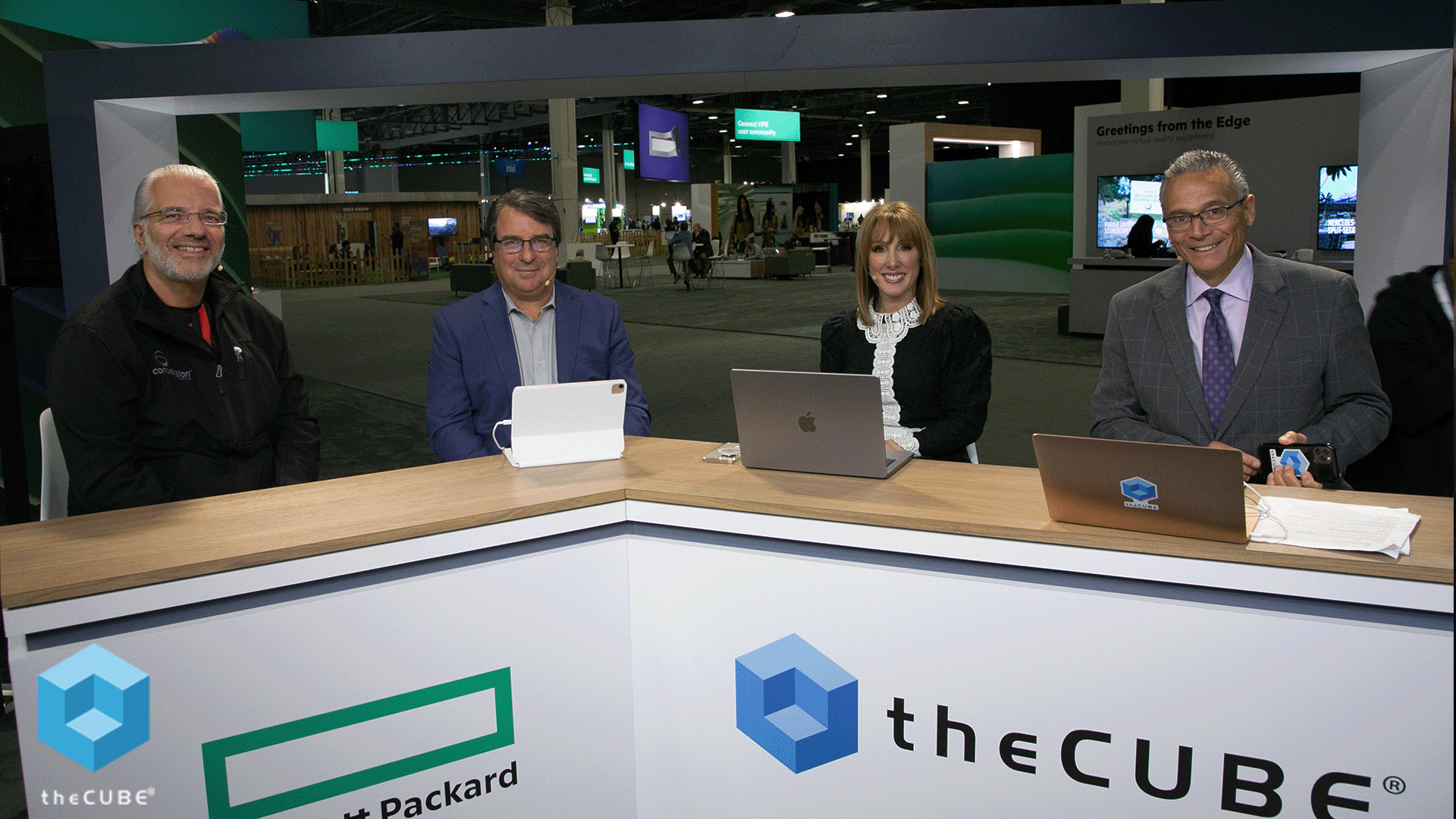 After building the strength of HPE GreenLake and adding Aruba Edge Services, it’s obvious that HPE has flipped its fortunes and is no longer the hardware provider of yesteryear. But, the company’s long-term future is far from secure.

“How is HPE winning in the long run?” asked Holger Mueller, (pictured, left), vice president and principal analyst at Constellation Research Inc. “Why should I buy HPE stock now, put it in the safe, forget about it, and have a great return 20 years from now?”

Mueller joined theCUBE industry analysts John Furrier (pictured, second from left), Dave Vellante (pictured, right), and Lisa Martin (pictured, second from right) for the wrapup analysis of day one at HPE Discover, during an exclusive broadcast on theCUBE, SiliconANGLE Media’s livestreaming studio. They discussed HPE’s strategy, examining the current position of the company and its options for moving forward in the future, as well as if a Snowflake deal could benefit HPE GreenLake’s game plan. (* Disclosure below.)

Analysts offer innovative suggestions for the future of HPE

The strategic mistakes that put HPE almost a decade of evolution behind Amazon Web Services Inc. are history. In 2018, current CEO Antonio Neri entered and moved HPE away from machines and into services. But the move was a little too late.

“I wish Antonio would have been CEO in 2015, because that’s really when this should have started,” Vellante said.

Today, the “HPE story is wonderful,” according to Furrier. However, while he sees the company as showing strength in its hybrid cloud and edge computing strategies, “if you look under the covers, it’s weak … they don’t have enough software juice.”

HPE has an opportunity to fix this by leveraging its experience in plug-and-play interoperability to build a strong partner ecosystem, according to Furrier. Filling its software weaknesses with partners would be a smart move for HPE, Vellante agreed. However, his opinion is that HPE needs to have a stronger data platform story.

“There’s no reason they shouldn’t be able to do a deal with Snowflake,” Vellante said, referring to Snowflake Inc.’s recent deal with Dell Technologies Inc. and introducing a controversial option for HPE’s future strategy.

The Dell-Snowflake deal works because the compute occurs in the cloud, which is a principle that could directly translate to HPE GreenLake, according to Vellante.

“If I were HPE, I’d be going to Snowflake, saying, ‘We can separate compute and storage, and we have GreenLake, we have on-demand. Why don’t we run the compute on-prem and make it a first-class citizen for all of our customer’s data?’” he said.

This presupposes that Snowflake customers are wanting to run on-prem, Mueller pointed out. However, “crazy things happen, right? They even put an Oracle database in a Microsoft Azure data center,” he said. But, ultimately the decision would come down to Snowflake not HPE.

“Snowflake is a market leader for what they’re doing. So, if they want to change their platform, kudos to them. But they don’t need to change the platform,” Mueller stated.