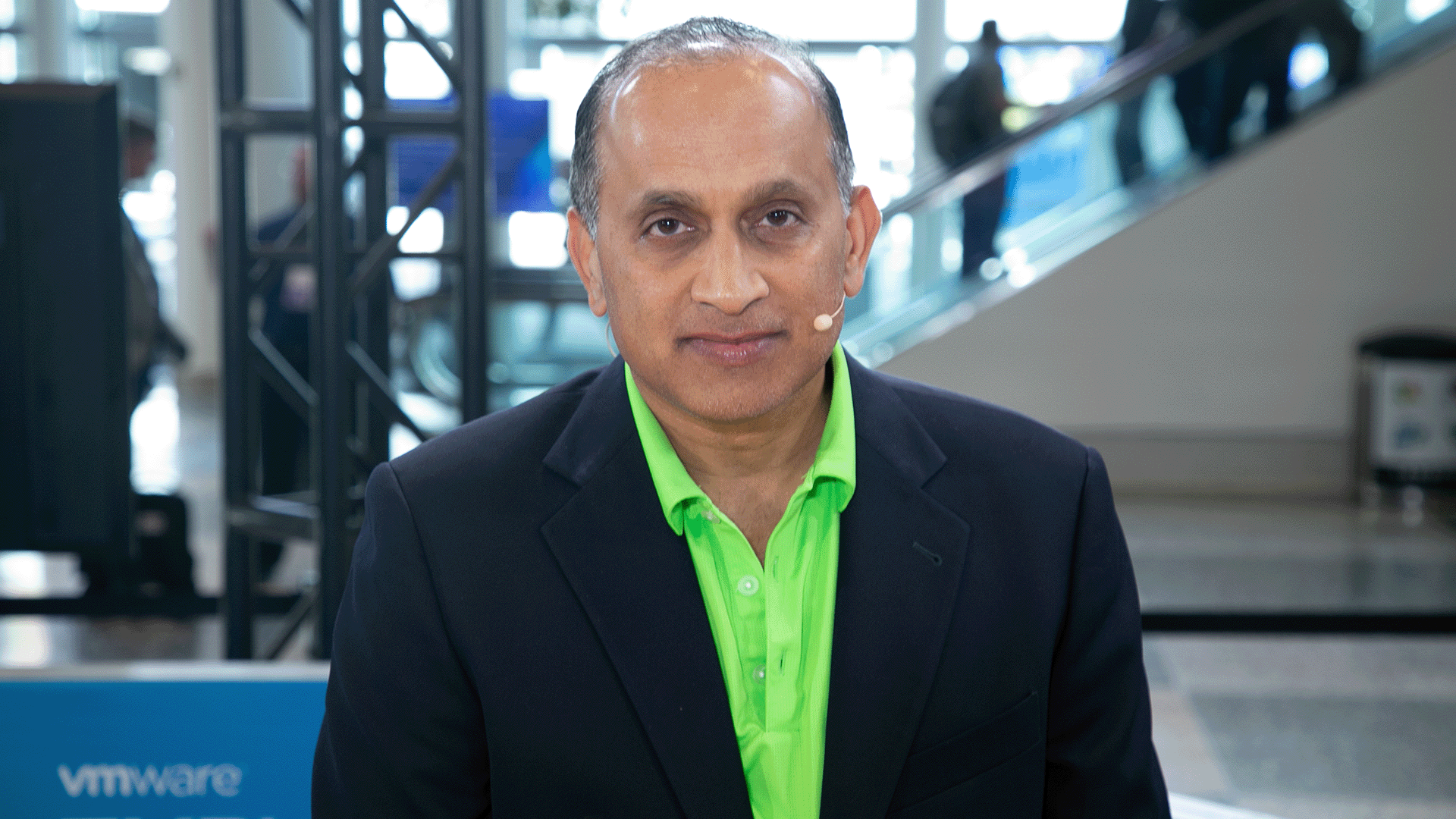 Just over a year ago, Sanjay Poonen (pictured) was in the running to replace Pat Gelsinger as the chief executive officer of VMware Inc. Instead, he hung up his chief operating officer credentials and took a sabbatical from the fast-paced world of enterprise technology.

Now, he’s attending VMware Explore as a member of the partner ecosystem, evolving the relationship in his new role as CEO and president of Cohesity Inc.

With his depth of experience as an information technology executive, Poonen probably had his choice of positions. So why choose Cohesity?

“This whole area of data management and data security … is a big opportunity,” Poonen told theCUBE analysts Dave Vellante and Lisa Martin at VMware Explore, during an exclusive broadcast on theCUBE, SiliconANGLE Media’s livestreaming studio. They discussed why Poonen joined Cohesity as CEO and the opportunity he sees in the market. (* Disclosure below.)

Cohesity sets out to disrupt the data management market

There were more reasons for choosing to lead Cohesity, Poonen revealed in a recent blog post. Alongside opportunity, he lists the importance of the people that make Cohesity’s team, the technology created by Cohesity founder Mohit Aaron, and the company’s customers and partners as factors that influenced his decision.

With a track record for driving growth as a leader at VMware and SAP, Poonen has the vision to leverage Cohesity’s position at the intersection of three major information technology markets: data management, security and cloud. All three are board-level topics, and Poonen believes that Cohesity could disrupt data management in the same manner that Snowflake changed cloud warehouse.

“We are viewed as the modern solution cloud optimized for private and public cloud,” Poonen stated. “We make VMware and vSAN and VCF very relevant to that part of the data management and data security continuum … [and] the same thing into the public cloud.”

He sees the company becoming a “Switzerland” solution that works in the multicloud environment where companies often need to back up one hyperscaler’s product into another’s cloud. For example, Microsoft 365 into the Amazon Web Services cloud, Google Workspace into Microsoft Azure, or Salesforce into Google Cloud.

“It’s a multicloud story, and the fact that there are at least three big vendors of cloud … creates a ‘Switzerland’ opportunity for us that could be fairly big,” he stated.

When it comes to security, Poonen hinted that there will be a rollout of a “very disciplined aspect” in the next few months, aimed at protecting companies from damage due to ransomware attack. But don’t expect Cohesity to pivot and become a pure security vendor.

“We are a data management and a data security company,” he said. “We’re doing both. And we do it well, intelligently, thoughtfully.”

Cohesity is positioned to become a great company like VMware or Amazon, according to Poonen. And at least one Fortune 100 customer (who Poonen can’t name) agrees.

“He said, ‘I haven’t seen tech like this since VMware, 20 years ago, Amazon 10 years ago. And now Cohesity.’ So that’s special league,” Poonen stated.

Now out of its startup phase and growing as a mid-size company, Cohesity has a while to go and a lot to prove before it reaches the maturity of VMware and AWS. And it’s going to take commitment and hard work to achieve this level of its potential, according to Poonen.

Stay tuned for the complete video interview, part of SiliconANGLE’s and theCUBE’s coverage of VMware Explore.

(* Disclosure: Cohesity Inc. sponsored this segment of theCUBE. Neither Cohesity nor other sponsors have editorial control over content on theCUBE or SiliconANGLE.)