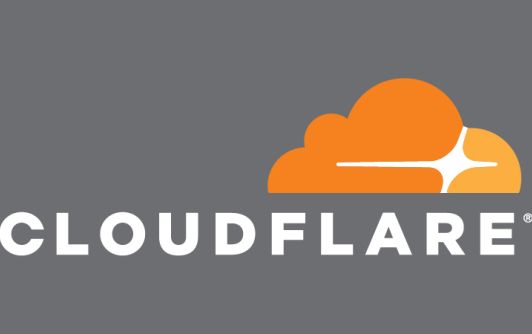 For its second quarter ended June 30, Cloudflare reported it broke even before costs such as stock compensation, compared with a loss of two cents per share in the same quarter of 2021. Revenue jumped 54%, to $234.5 million. Analysts had expected a loss of one cent a share on revenue of $227.33 million.

“We delivered another strong quarter… driven by strength in our large customer and a record number of large customer additions,” Matthew Prince, co-founder and chief executive officer of Cloudflare, said in a statement. “Large customers now represent 60% of our revenue, and they are leaning forward to hear how Cloudflare can save them money and reduce IT complexity, all while increasing their security, performance, and reliability.”

For the full year 2022, Cloudflare expects adjusted profit of three to four cents a share on revenue of $968 million to $972 million. Analysts were expecting three cents and $958.4 million.

The strong earnings beat combined with a higher-than-expected outlook for both the third quarter and the full year prompted investors to snap up Cloudflare shares in late trading. Cloudflare’s share price was up 22%, to $70.99.

“Synaptics had a terrific fiscal 2022, recording company records for revenue, gross margins, non-GAAP operating margin, EPS, and cash flow, and made significant progress in our strategy to enter high-value markets and diversify the customer base,” Michael Hurlston, president and CEO of Synaptics, said in a statement. “While there is increased economic uncertainty, our plan is to continue to invest in our businesses.”

Looking forward, Synaptics predicts revenue of $440 million to $470 million in its September quarter. Analysts had been expecting $465.1 million.

The earnings beat was somewhat offset by an outlook that was at the lower end of expectations. Synaptic shares were mostly flat in after-hours trading.

Finally, NortonLifeLock reported an adjusted profit of 45 cents a share on revenue of $708 million, up 7% and 2%, year-over-year, respectively. Analysts had been predicting a 43-cent-per-share profit on revenue of $707 million.

Along with the earrings results, NortonLifeLock also announced that it had received provisional approval from the U.K. Competition and Markets Authority for its acquisition of Avast plc.

The $8.1 billion deal was announced in August 2021 and raised competition concerns. The deal is now expected to close in September or October.

“Q1 was another quarter of solid execution by our team and in the face of macroeconomic
headwinds, we delivered our 12th consecutive quarter of bookings growth,” Natalie
Derse, chief financial officer of NortonLifeLock, said in a statement. “Now with the Avast acquisition provisionally approved we look forward to bringing our operational discipline to the integration planning and quickly setting the foundation of the company for growth.”

For the quarter ahead, NortonLifeLock is predicting an adjusted profit of 44 to 46 cents a share on revenue of $695 million to $705 million. Analysts had expected a 44-cent-per-share profit on revenue of $725 million.

The miss in earnings outlook outweighed the earnings beat, with NortonLifeLock’s share price down 3%.