Designed with a slippery body and “sculpted to produce the lowest coefficient of drag possible”, the 21C V Max is an “8.0sec quarter mile” car, said company owner Kevin Czinger, with stylings based on the iconic Lockheed SR-71 Blackbird aircraft.

Revealed at Monterey Car Week, it has been created for “ultimate speed”, he said, adding that the design “is form-follows-function” with the car looking like it does based on track data and a push for stability at high speed.

The V Max differs from the standard 21C with an array of aerodynamic parts removed, such as a huge rear wing and large front splitter, in favour of an extended and aerodynamic-driven tail. 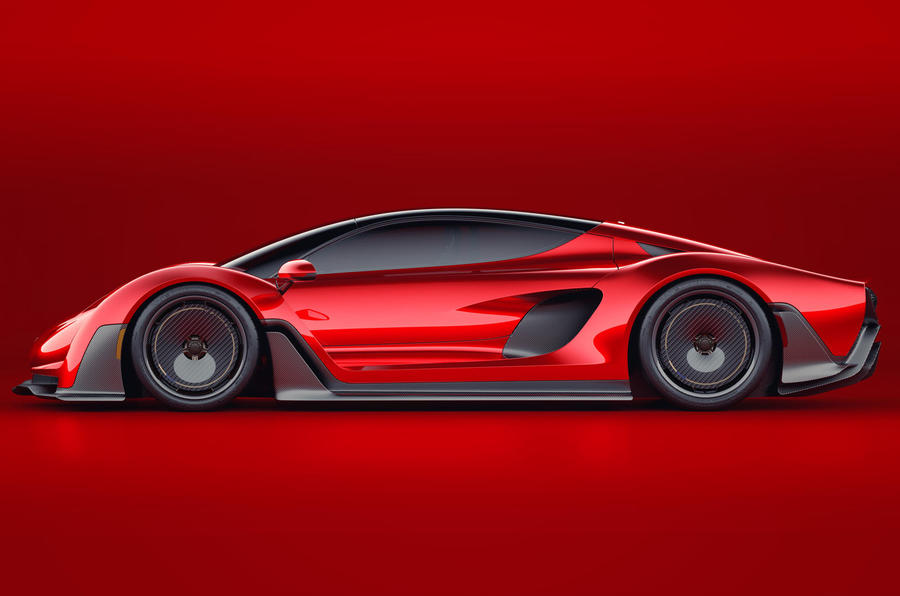 However, the new car houses the same engine as the standard 21C: an in-house-built twin-turbocharged 2.88-litre flat-crank V8 that revs to 11,000rpm, sending power to the rear wheels. It’s supplemented by two electric motors for the front wheels, resulting in a total output of 1233bhp.

Also like its sibling, the V Max may be driven on the road and has an unusual 1+1 inline seating layout. 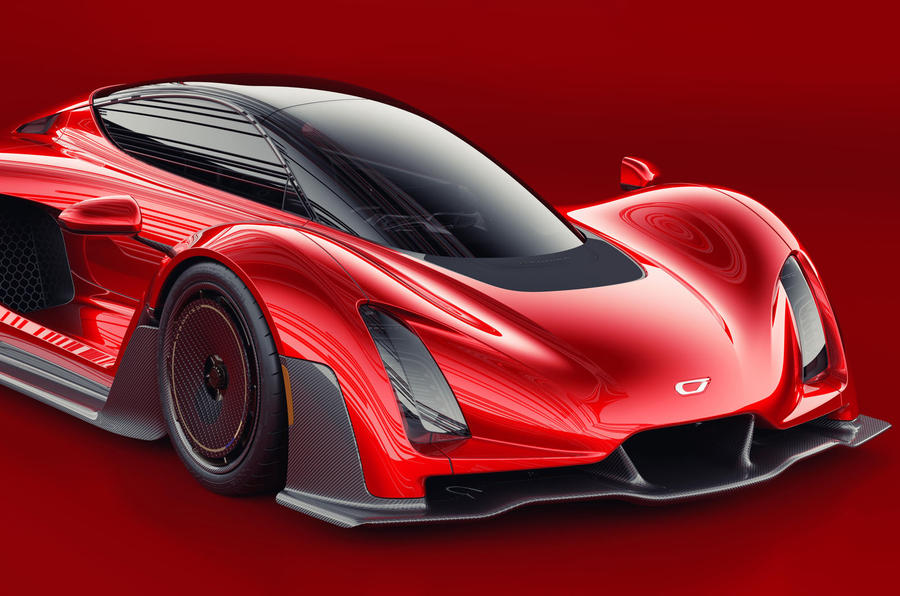