“There were a lot of different disagreements. I haven’t been able to talk about this truthfully ever …”

Four years after the release of the final “Fifty Shades of Grey” film, Dakota Johnson is finally getting extremely candid on some of the behind the scenes “battles” she allegedly experienced while making the trilogy.

Johnson’s career got a huge boost after she signed on to play Anastasia Steele opposite Jamie Dornan’s Christian Grey in the BDSM-filled films, adapted from E.L. James’ insanely popular books. The first movie, directed by Sam Taylor-Johnson, dropped in 2015, before two sequels — “Fifty Shades Darker” and “Fifty Shades Freed” in 2017 and 2018, respectively — helmed by James Foley.

Speaking with Vanity Fair for a new cover story, Johnson said she “signed up to do a very different version of the film we ended up making” — citing the studio, directors and James herself as issues during production. 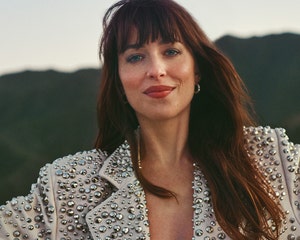 “She had a lot of creative control, all day, every day, and she just demanded that certain things happen,” Johnson said of the author. “There were parts of the books that just wouldn’t work in a movie, like the inner monologue, which was at times incredibly cheesy. It wouldn’t work to say out loud. It was always a battle. Always.”

Johnson said that when Charlie Hunnam — who was originally cast as Christian — dropped out of the film, James threw out the script from playwright Patrick Marber.

“I was young. I was 23. So it was scary,” Johnson said of signing a 3-picture deal. “It just became something crazy. There were a lot of different disagreements. I haven’t been able to talk about this truthfully ever, because you want to promote a movie the right way, and I’m proud of what we made ultimately and everything turns out the way it’s supposed to, but it was tricky.” 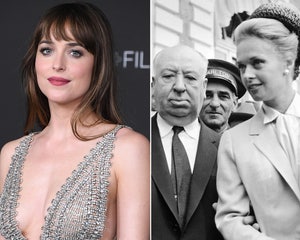 While there were clearly a lot of issues behind the scenes, Johnson clarified that she never had any  with her costar — despite online speculation she and Dornan didn’t like each other. “There was never a time when we didn’t get along,” said Johnson, saying the actor is “like a brother” to her and the two “trust” and “protect” each other.

She also noted that when Taylor-Johnson was replaced by a male director for the second and third films, she felt a “different energy,” saying it was “different doing those bizarre things” with a man behind the camera.

“There are things that I still cannot say because I don’t want to hurt anyone’s career and I don’t want to damage anybody’s reputation, but both Jamie and I were treated really well,” she continued. “[James] is a very nice woman, and she was always kind to me and I am grateful she wanted me to be in those movies.”

While Johnson said she doesn’t “regret” doing the films, she added, “If I had known at the time that’s what it was going to be like, I don’t think anyone would’ve done it. It would’ve been like, ‘Oh, this is psychotic.’ But no, I don’t regret it.”

TooFab has reached out to James for comment. On social media, the author did respond to one fan who tweeted, “@E_L_James feels important to say to you today that I loved the @FiftyShades movies. The second one was my favorite. I appreciate that you cared enough for your work writing the books and the original audience of the material to have the movies capture the essence of the books.”

Her response: “Thank you! The second one was my favourite, too!” 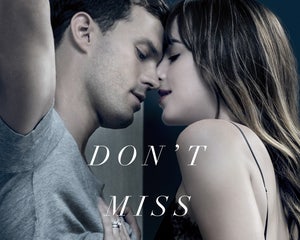