Latvian firm Dartz has unveiled a convertible version of the Freze Nikrob city car – which it claims to be the “cheapest EV in the EU” – dubbed the Freze Froggy Beachstar.

The Froggy does away with the Nikrob’s 2+2 seating arrangement “as roadsters aren’t school buses”, replacing the back seats with a speedster-style rear deck and a distinctive spoiler.

It also takes on a blockier silhouette than the Nikrob, with more angular bumpers and a reworked front end featuring a new quadruple-headlight design.

Effectively a rebodied version of Chinese company Wuling’s Hongguang Mini EV Cabrio, the Froggy is expected to be offered with a 27bhp electric motor enabling a top speed of 62mph –  much greater than the Citroën Ami’s 28mph limit.

The Hongguang Mini EV Cabrio has a range of 105 miles, but the removal of the rear seats from the Nikrob – which is based on the regular Hongguang Mini EV – means additional batteries can be added to the boot to boost range. 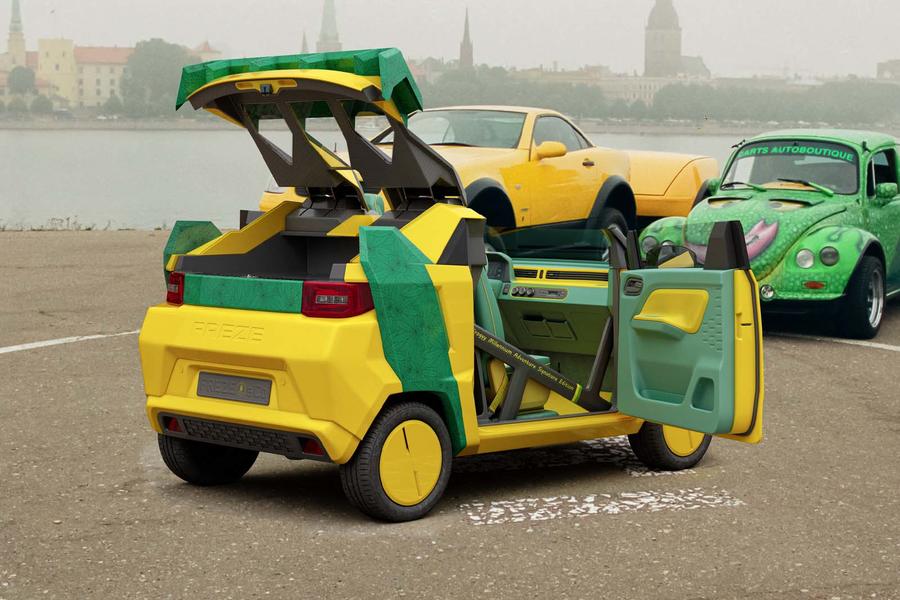 Dartz has targeted the Froggy Beachstar at the premium market, aiming to “make the cheapest EV in the EU market visually affordable for tycoons”. As such, it’s expected to be significantly costlier than the €9999 (£8443) Nikrob.

That also means it’s likely to be more expensive than the Dacia Spring EV, which is priced approximately in line with the petrol-powered Dacia Sandero.