Anderson previously said the show “ended on such an unfortunate note.”

Gillian Anderson was pretty vocal about her disappointment in how the most recent revival of “The X-Files” from 2016-2018 — and now, her costar David Duchovny has reacted to her criticism.

After the show’s original 9-year run, it returned for two more seasons with both stars back as Dana Scully and Fox Mulder starting in 2016. The series finale in 2018 didn’t give Anderson a whole lot to do, killed off the partners’ long-lost son with little reaction from Scully and ended with the reveal the two were expecting another baby together. At the time, fans were not happy with how the return treated Scully, something Anderson acknowledged on social media when the finale aired. 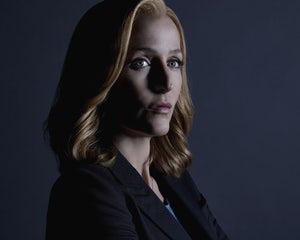 Earlier this year, she expanded on her disappointment a bit more while speaking with Variety about possibly returning for another run.

“It just feels like such an old idea. I’ve done it, I did it for so many years, and it also ended on such an unfortunate note,” she told the publication. “In order to even begin to have that conversation [about another season] there would need to be a whole new set of writers and the baton would need to be handed on for it to feel like it was new and progressive.” 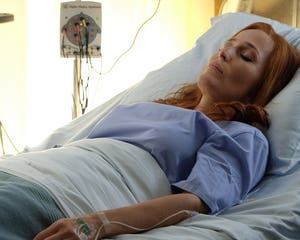 Speaking with Yahoo! Entertainment, Duchovny said he had no idea Anderson wasn’t happy with the storyline — telling the publication her Variety interview was “the first I’d heard of it.”

“Personally, I don’t like to air creative grievances like that in public, so I was surprised to see it actually,” he continued.

“I think like it’s a little bit in the weeds to worry about character’s fates, when you realize that [creator Chris Carter] somehow made a show in 1993, and again in 2016, that predicted what 2022 would be like,” he said when asked if he would be down to do more episodes. “If he wanted to do more, I’d certainly listen to him. I’d say, ‘What have you got?’ Because I want to know the future, too, you know what I mean?”

“And not denigrating Gillian’s feelings about Scully being pregnant or the character. I certainly had misgivings about my character throughout the run,” he added. “It’s in the nature of a long-running thing. But to take the long view, what that show is able to embrace thematically is really the key to its longevity, and if we were to do it again, it’s just a question of: ‘What have we go to say.'”

He told Yahoo! that even though he thought “the first seven years” of the show “were enough” for him, he added that he’s “always up for more, clearly.” He went on to praise Carter’s writing for being so prophetic about the state of the world now — adding, “Forget about the ins and outs of plots and who gets pregnant or who gets shot. I mean, every show turns into a soap opera, so you have limited options.”

He concluded, “People are going to die or get pregnant or go to prison, right? Or become president.” 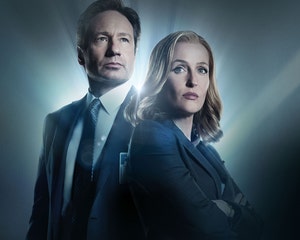