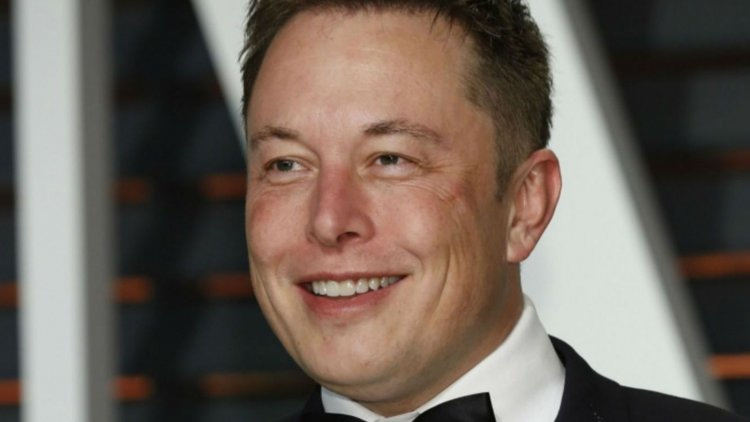 Twitter is a company made up of thousands of employees with many different perspectives on what Twitter will be like with Elon Musk at the helm. Some are mortified, some may feel liberated and some just want to make it to their next paycheck.

There is no sense in sugar-coating it: Over the next few weeks and months, employees will not really know what the future at Twitter holds for them. Over time, some employees and managers will disappear, no going-away parties, no tearjerker announcements, just gone. Organizational structures will change, and perceived redundancies may be streamlined. Perks may disappear and employees will be spending a lot more time in the office.

Getting to know Elon

I do not claim to fully understand Elon; however, I think that he knows the following:

Some executives, junior executives and employees may get the itch to attempt to impress Elon in a meeting. Just don’t. Elon holds meetings to convey information and to receive information, that’s it. What you did last weekend, or the brilliant Silicon Valley corporate-speak one-liner that you planned to “unpack,” should be avoided entirely. Make your time with Elon count and get to the point.

You are smart and qualified thanks to your MBA, GPA and school you attended. You really are not smart or qualified for those reasons exclusively, and you should avoid connecting your academic pedigree to your current relevance in Elon’s presence. Stanford sweatshirts are nice, but they fit better on the weekends. Do not mischaracterize or withhold information if directly asked by Elon, especially on projects or initiatives that are not going well. Elon has been known to bring in or seek out very junior members of your own team, without you present, to troubleshoot problems and may wonder why he didn’t hear about these problems from you first. However, being honest doesn’t necessarily mean that you will survive the encounter.

Political animals who can survive decades in today’s Silicon Valley companies through being able to “manage up” to executives and survive on “optics” and cunning charm may run into trouble. They might be able to hide for a while in Elon’s world, but the vast majority don’t last long. Performance really means something to Elon. Not just past performance, but “what have you done for me lately” performance. A few years back you cured cancer, saved the company and built the most awesome “like” button, but are you still relevant to the next stage of progress?

If you have been accustomed to working on projects where you were allowed to plan for months prior to executing, in endless meetings with large committees, endless buy-in discussions with stakeholders, or ensuring everyone’s feelings are accounted for, get ready for a change.

Long hours for those who are either driving a project or those who are critical to a project’s outcome are a foregone conclusion. Elon may cut up various initiatives that he deems critical into various SWAT teams with clear ownership and accountability. The positive aspect of this is that those involved in the project can typically get decisions and approvals made faster. Some of the more astute project owners may be direct in jettisoning people who add little to no value to a project in the spirit of trimming the decision and accountability tree. Do you need to be in this meeting? Why are you involved in this project? Getting by just being a “visible” noncontributor simply will not work.

Also, work ethic expectations would be extreme, but much less than I demand of myself

Think of your time in any Elon company as a marathon, mixed with a lot of sprinting. Sometimes it can be a marathon in the sense that you have run your heart out and you simply do not have anything left in you. You have served your purpose in a significant moment in the company’s history and the experience itself has served its purpose for you. There are employees who may not have another project or launch left in them, so the baton is passed. There are many former Tesla and SpaceX employees who feel a tremendous amount of pride in what they accomplished during their time at either company. Eldon Tyrell said it best: “The light that burns twice as bright burns half as long — and you have burned so very, very brightly.”

How many executives publicly own up to their mistakes? Getting the Model 3 into mass production was a make-or-break moment for Tesla. It was an excruciatingly difficult and complex task that has been written about extensively, but aside from the Model 3 itself, Elon also wanted to implement many concepts of his Alien Dreadnought dream factory with a heavy emphasis on automation.

Years of work and money were spent automating the new Model 3 assembly line, but the automation proved problematic. Employees played a key role speaking up and providing concrete examples of why it wouldn’t work. Within less than 10 hours of Elon making the decision to scrap portions of the automation, demolition teams were on the factory floor making way for the mass production of the Model 3.

“Yes, excessive automation at Tesla was a mistake. To be precise, my mistake. Humans are underrated.”

Putting the quote above into context of what was happening at the time at Tesla is important. Elon wasn’t quoted after 1 million Model 3s hit the road and people were singing his praises. During this time, Tesla had also missed its quarterly production targets and was working through a recall of 123,000 older Model S cars. Elon was quoted at a time when people had serious doubts about Tesla being able to survive as a company, as well as about his leadership.

Elon did not have to point out his mistake and could have opted to hide behind the usual corporate-speak deflection that one might get from a communications team or written statement from an in-house attorney. Some CEOs and founders abandon their employees as well as the problems that they are running away from. They quit, cash out and move on. Elon, in this example, held himself accountable to Tesla employees, customers and the public. The point is that Elon will stick it out through failure and controversy and work side-by-side with employees to overcome obstacles.

Is work just work or an adventure?

Is work merely a means to an end for you, a paycheck, title status, something that you must do — or is it one of your passions? Do you feel that what you are working on is meaningful and tied to a great or innovative outcome? The term “mission” has gotten to be such a cliché that it has become meaningless within most corporate cultures.

At Tesla and SpaceX the word “mission” means something. It is simple to digest, clear and measurable. A large percentage of employees within SpaceX and Tesla can tie their work directly to the primary mission of each company, from the person pumping rocket fuel to the person delivering parts to the assembly line. How the mission goals will unfold at Twitter is unclear at present, but it would not be too far off to assume that Elon will attempt do something innovative with Twitter that is not being done elsewhere.

In the case of Tesla or SpaceX, regardless if one is a former or a current employee, that individual was part of something great and meaningful for humanity. Their contributions are something that no one can take away from them. Simply put, these people took part in key milestones in human history, and Twitter will be no different.

Leaving Twitter in protest will probably be the greatest professional achievement that these employees will achieve in their careers. It will be their “big story,” told over and over again to friends, in cafés or after that last bottle of wine. Elon has seen employees leave companies for a wide variety of reasons. There are enough ex-Tesla employees to build multiple Tesla factories, along with ever evolving quitting stories. In the end, it doesn’t really matter.

For those staying at Twitter, at times you will curse Elon. At times you might think that he has gone totally insane. Most of the time it works out. If you really want to stick around at Twitter, there are a few tips that might help:

For some of you, your destiny at Twitter will be limited or coming to a swift conclusion. For others, you are about to embark on a great adventure. Make your time at Twitter matter, not only for Twitter, but for yourself, and for humanity.

Joe Hickman is a former Tesla Inc. employee. He wrote this article for SiliconANGLE.