Both Kate and Meghan wore jewelry with nods to the late Queen, while Princess Charlotte made headlines for wearing a hat for the first time.

All eyes were on the Royal Family on Monday at Westminster Abbey, as they put on a united front to honor the late Queen Elizabeth II at her state funeral proceedings.

Nearly everyone was there, including the new King Charles III, Queen Consort Camilla, Princes William and Harry, their wives Catherine, Princess of Wales and Meghan Markle and some of the youngest royals; Prince George and Princess Charlotte.

And while they all wore black or navy blue for the somber occasion, their attire also included quite a few subtle tributes to the late Queen. 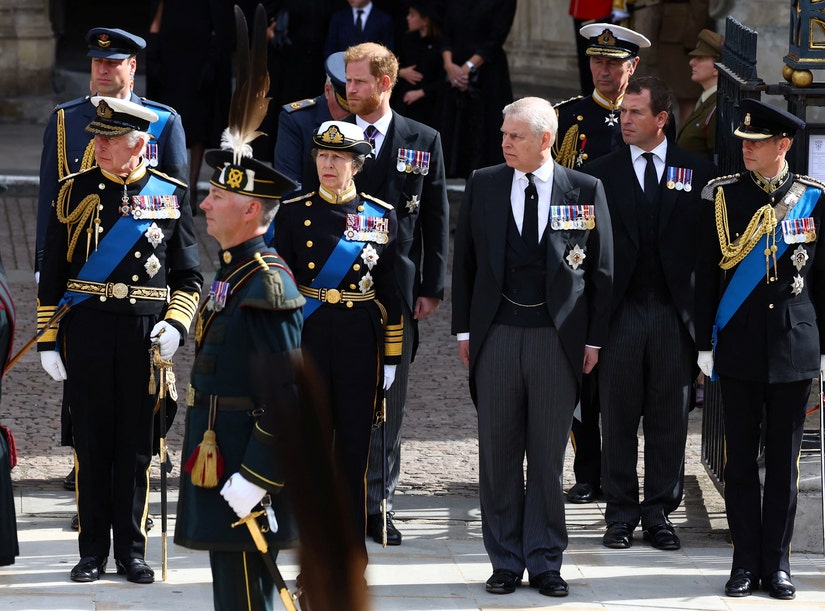 Going into the event, there was a lot of talk about what Harry would wear, as Buckingham Palace confirmed that only working members of the royal family with military rank would wear their military dress for the many events leading up to and including the funeral itself.

Though that included King Charles, Princess Anne, Prince Edward and Prince William — who did wear military dress at Monday’s proceedings — it excluded both Prince Harry and Prince Andrew.

Instead, the two wore black, with a rep for Harry announcing he’d wear a “morning suit throughout events honoring his grandmother.” 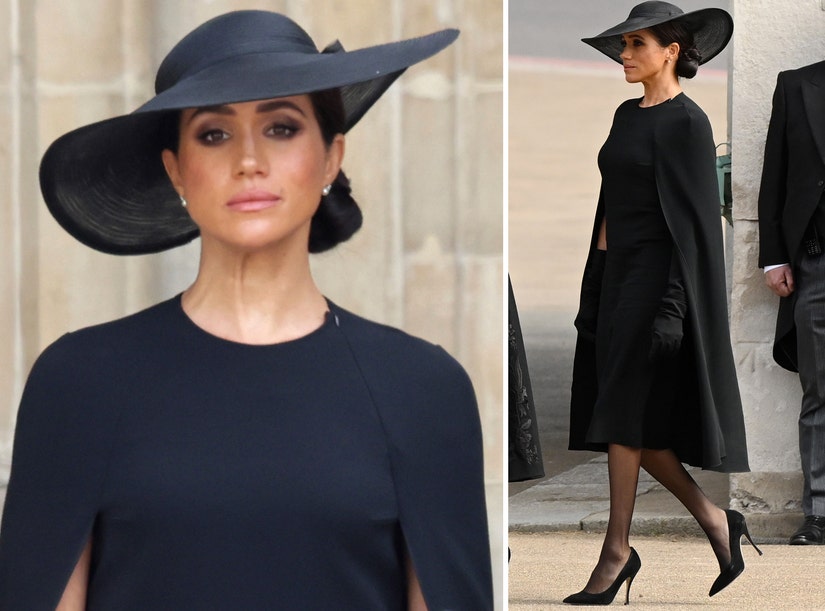 Harry’s wife, Markle, wore a black cape dress and matching hat for the event but accessorized with jewelry that honored the Queen.

The pearl and diamond earrings she wore to the funeral were a gift from Elizabeth II, who presented them to Markle back in 2018 during their first and only solo engagement together.

Meghan and Harry’s children, Archie and Lilibet, did not attend. 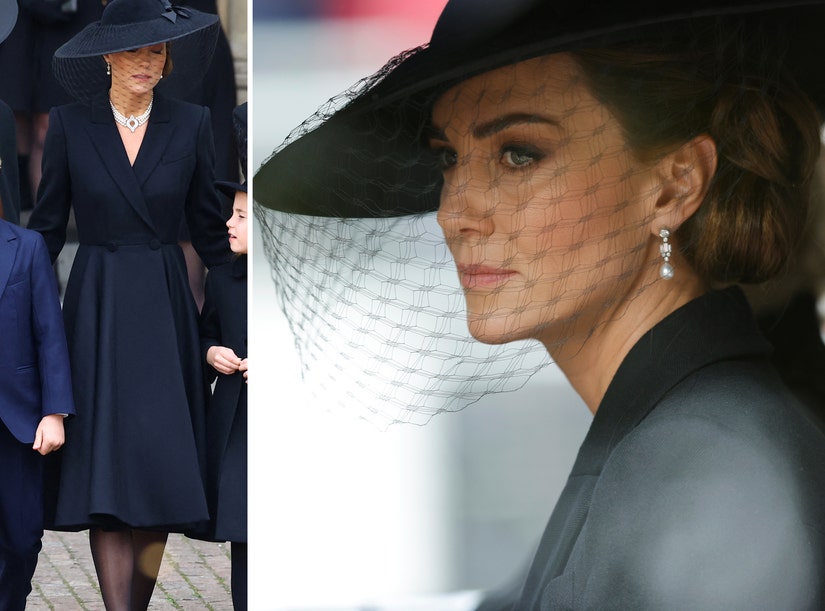 Markle’s sister-in-law, Catherine, Princess of Wales, also wore an all-black ensemble, which included a brimmed hat with lace veil, to the funeral.

She paid tribute to both Elizabeth and William’s late mother, Princess Diana, with her jewelry. The choker necklace and earrings were both from the Queen’s collection — and the necklace was also previously worn by Diana for a royal function in 1982. 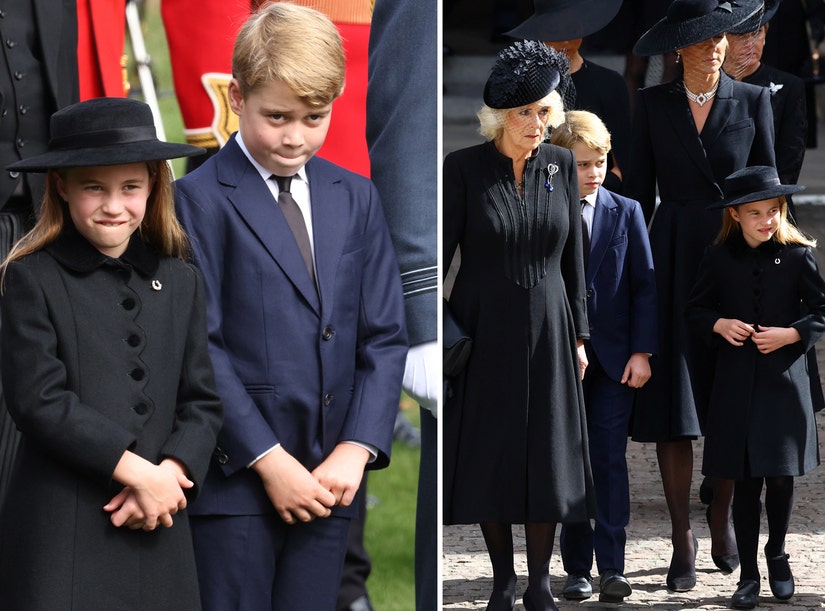 William and Kate’s daughter Charlotte also seemingly honored the Queen with her accessories, wearing a horseshoe brooch seen as a tribute to Elizabeth’s love of horses.

It’s also a pretty big deal that the 7-year-old royal wore a black hat to the event, the first time she’s worn one for a public appearance.

George, meanwhile, wore a navy suit — which, as a dark color, is still considered respectful funeral attire. Their younger brother Prince Louis, 4, did not attend.

See more photos from the state funeral below: