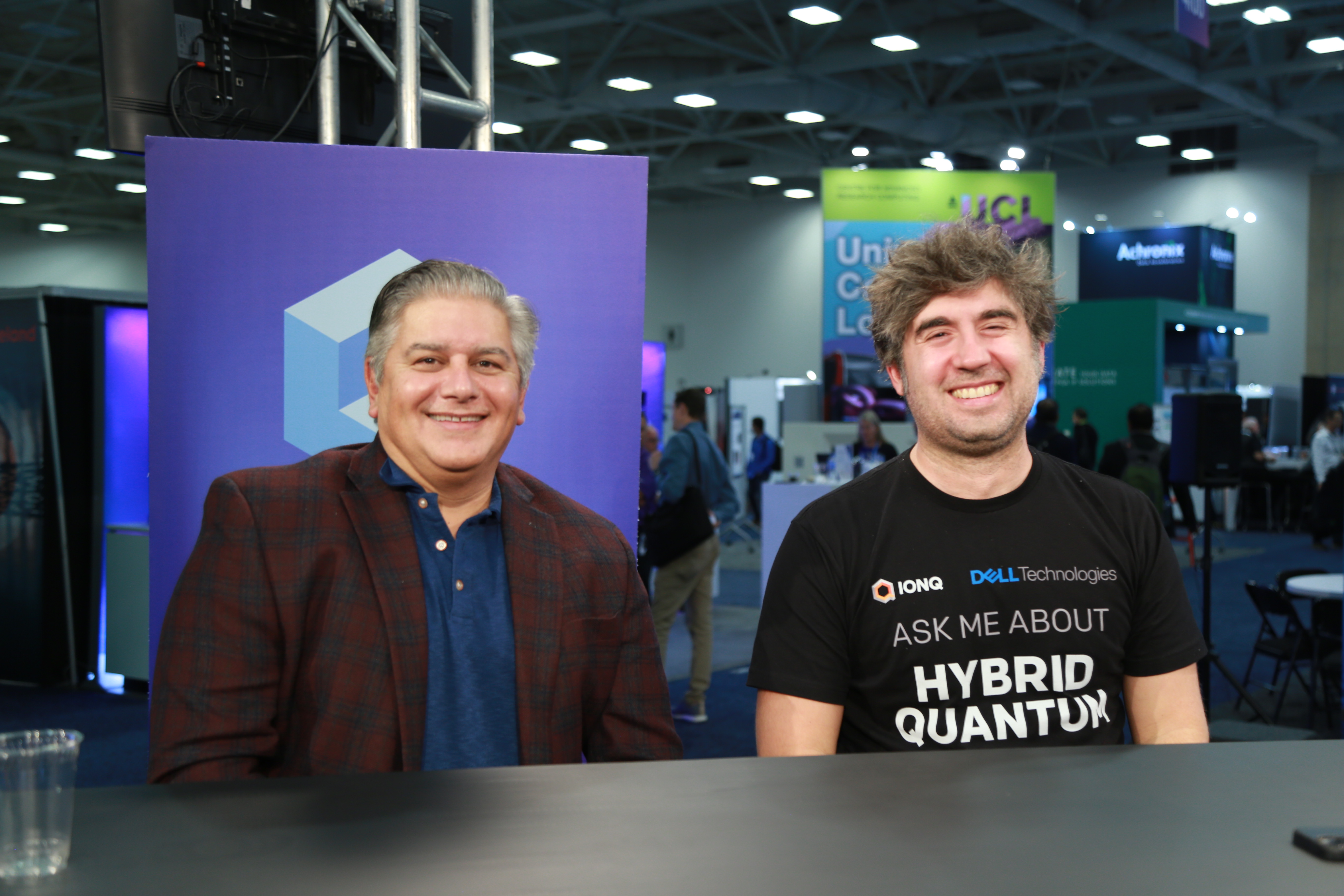 Since traditional computers can’t keep up with certain advanced computing demands, quantum computing has emerged as a real solution.

Quantum computing uses quantum bit, or qubit, to tackle challenges that aren’t possible on even some of the world’s largest computers. The technology merges mathematics, physics and computer science concepts to solve these challenges.

“It turns out that today’s quantum computers are a little too small and a little too noisy to do that alone,” said Matthew Keesan (pictured, right), vice president of product development at IonQ Inc. “By pairing a quantum computer with a classical computer, hence the partnership between IonQ and Dell, you allow each kind of compute to do what it’s best at and thereby get answers you can’t get with either one alone.”

Keesan and Ken Durazzo (pictured, left), vice president of the Dell Research Office, spoke with theCUBE industry analysts Savannah Peterson and David Nicholson at SC22, during an exclusive broadcast on theCUBE, SiliconANGLE Media’s livestreaming studio.  They discussed the importance of quantum computing and how Dell and IonQ are making it a reality. (* Disclosure below.)

Simulation as a stepping stone to quantum computing

“There are simulators and emulators that effectively are programmed in exactly the same way that a physical quantum machine is through circuits translated into chasm or quantum assembly language,” Durazzo stated. “So, I often talk to customers and I tell them about the journey, which is hands-on keyboard learning, experimentation, building proof of concepts, and then finally production. And you could do much of those first two steps very robustly with simulation.”

For quantum computing to be successful, Keesan believes enhancing accessibility is key. Simulators play an instrumental role in this objective. Democratizing access opens up all types of new use cases.

“We sort of like to joke there’s only a couple hundred people in the world who really know how to program quantum computers today,” Keesan said. “So how are we going to make thousands, tens of thousands, millions of quantum programmers? The answer is access. And simulators are an amazingly accessible way for everyone to start playing around with the fields — very powerful tool.”

Artificial intelligence and digital twins are accelerating the quantum computing concept. And AI use cases have gone through the roof, according to Durazzo.

“We see a lot of AI applications, and artificial intelligence is morphing dramatically through the number of frameworks and through the types and places you would place AI — even places I personally never thought we would go, like manufacturing environments,” he said. “One of the areas that I’m really excited about is digital twins and the ability to eventually do acceleration with quantum technologies on things like computational fluid dynamics.”

Through the trapped ion approach, quantum computing is taken a notch higher because atoms are connected by laser light not wires. The ion trap also acts like a rotating saddle, comprising a bunch of electrodes that make precisely shaped electromagnetic fields, Keesan explained.

“There are a lot of advantages to the trapped ion approach,” he pointed out. “So, for example, you can also build a superconducting qubit where you basically cool a chip to 47 millikelvin and coerce millions of atoms to work together as a single system. And, so, atomic qubit like we use feature a few things. One, the longest coherence times in the industry, meaning you can run very deep circuits the most accurate operations, very low noise operations.”