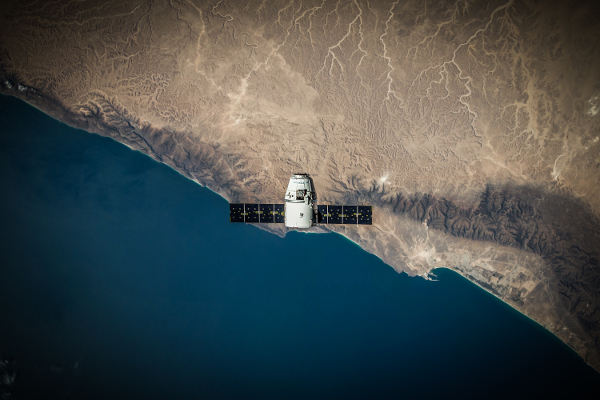 In a statement announced at AWS re:Invent, Descartes said it will migrate its core information technology infrastructure, including its analytics and geoprocessing platforms, to Amazon’s servers, where it will be able to take advantage of some powerful analytics capabilities.

Descartes is focused on satellite imagery analysis. More specifically, its platform ingests around five terabytes of satellite images every single day before processing that data using advanced machine learning algorithms. The idea is to transform satellite images into a reliable format that can be used by other companies.

To that end, Descartes Labs filters out inconsistencies, ensuring that every pixel is where it’s supposed to be. It adjusts for atmospheric conditions, and stitches all of the images into a unified data set.

It’s not an easy task because the company collects imagery from hundreds of different satellites orbiting different parts of the globe each day. Some provide higher resolutions than others, while some are updated more or less frequently. Descartes’ job is to take those inconsistent images and come up with an accurate picture of what’s happening on the ground.

Descartes’ imagery is useful for lots of different industries. For instance, it’s used by numerous firms in the consumer packaged goods industry to assess the carbon footprint of their supply chains. Moreover, forestry companies use Descartes’ platform to power reporting systems focused on monitoring their forest management techniques. In the mining industry, Descartes platform is a popular choice for monitoring carbon and biodiversity losses and gains relating to their activities.

There’s a lot of heavy lifting involved in creating such imagery, and that explains why Descartes has opted to run its processing platform on AWS. Amazon’s cloud infrastructure will enable it to store, process and analyze massive volumes of data faster and more accurately, then make the final images available to customers for rapid analysis.

Another benefit of AWS will be optimized storage costs, with Descartes using Amazon Simple Storage Service Intelligent-Tiering to automatically move its data across the most cost-effective storage tiers. In addition, Descartes said it will leverage Amazon OpenSearch Service to allow customers to query its enormous archives of older images.

Descartes Chief Executive Richard Davis said moving to AWS will ensure his company has the performance and scale it needs to help organizations better measure and understand the impact of their business activities on the world. “AWS’ proven infrastructure and capabilities, along with a dedicated team that understands our unique challenges in the satellite and space industry, help us provide customers with actionable intelligence powered by geospatial data, backed by science, and available at planetary scale,” he said.

In the long term, Descartes is building its own, cloud-based supercomputing capabilities atop AWS. Already, its system has been ranked 40th in the TOP500 ratings of the world’s most powerful commercially available computer systems. By building its system on AWS, Descartes said, it can continually enhance its computing capabilities to handle increasingly complex datasets and help customers predict and analyze more specific concerns.