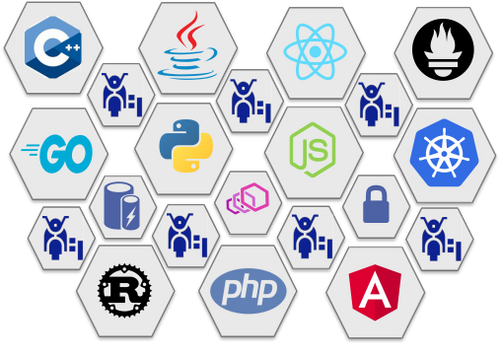 Developer software startup Diagrid Inc. today launched out of stealth mode, announcing that it has raised $20 million in new funding to invest in serving the open-source community and to build a suite of commercial tools and services for engineering teams.

Norwest Venture Partners led the Series A round, with Amplify Partners and Quiet Capital also participating. Including the new funding, Diagrid has raised $24.2 million to date.

Founded in 2021 by the creators of the free, open-source runtime system Dapr and Kubernetes event-driven autoscaling tool KEDA, Diagrid’s first product is Diagrid Conductor, a fully managed Dapr platform for Kubernetes. Designed to reduce the operational burden of managing Dapr, Conductor gives developers insights into their applications and informs them of production best practices, while increasing service reliability and security.

Dapr is said to increase developers’ productivity, enabling them to build portable and reliable distributed applications and microservices on Kubernetes. Dapr deploys a control plane to manage the data plane sidecars, requiring Kubernetes operators to upgrade and monitor the Dapr control plane and understand the nuances of managing it effectively, including improving its reliability.

“We are in the midst of a generational shift to distributed applications, but software developers are having difficulty keeping up,” Mark Fussell, co-founder and chief executive officer of Diagrid, said in a statement. “Distributed apps are made possible by microservice architectures, but they require so much plumbing code that developers are overloaded.”

Fussell noted that these challenges are why he and others created Dapr while working at Microsoft Corp. to reduce developer time building solutions by up to 50%. “But we continued to hear that it’s hard to manage Dapr on Kubernetes — the basis of software development today — so today we’re launching Diagrid Conductor to solve this and make it easy to manage Dapr on Kubernetes.”

Though only today launching out of stealth, Diagrid Conductor already has users, including IBM Corp.’s Accelerated Discovery, which has integrated Dapr and Diagrid Conductor into the heart of a new platform for accelerated science. IBM’s use brings together serverless, cross-cloud computing with novel computing resources, including quantum-inspired simulation and generative and surrogate model artificial intelligence techniques.