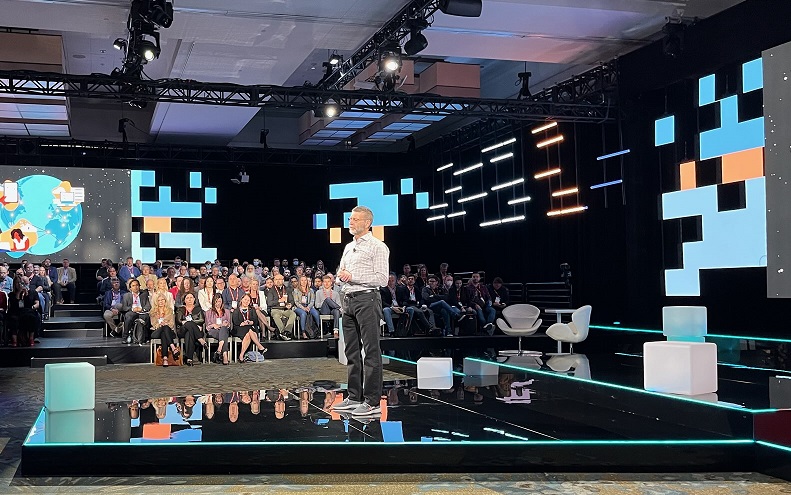 Leading up to the start of Red Hat Summit in early May, the major news was expected to be the release of Red Hat Enterprise Linux version 9 after a three-year wait.

But that script changed when Red Hat Inc. announced its In-Vehicle Operating System in partnership with General Motors Co. during the Boston event. The impact of the deal with GM was hard to miss. RHEL, as a key resource that has driven enterprise computing for over 20 years, has now become a key element in one of the most personal of use cases — the safety and performance of cars.

“This is a pivotal moment for the transportation industry and the technology industry to come together,” said Francis Chow, vice president and general manager, In-Vehicle Operating System and Edge, during a media briefing at Red Hat Summit. “It is built upon the strong heritage of RHEL.”

The partnership with GM is yet another example of how open source is becoming mainstream with its integration into automotive safety. The company’s software must now meet safety certification standards established by the National Highway Traffic Safety Administration of all vehicle manufacturers. This required Red Hat to ensure that a car’s rear-view camera would activate within two seconds of the vehicle being placed in reverse, Chow noted in his briefing.

Red Hat’s collaboration with GM will focus on Ultifi, the carmaker’s automotive operating system that includes customizable offerings and regular software updates. Cars have become datacenters on wheels, and chip-powered cars represent a prime edge use case. With the announcement in May of its partnership with GM, Red Hat signaled its interest in being a major player in that evolution.

“We’re in the midst of the biggest transformation the industry has seen in the last 100 years,” said Scott Miller, vice president of software-defined vehicle and operating systems at GM, during an appearing on the Red Hat Summit keynote stage in May.

The deal with GM highlights a growing need to provide robust technology solutions at the edge, and processors will be a key factor in how these are deployed. It was noteworthy that two of the non-Red Hat executive speaking opportunities during the Summit keynotes in May were handed to major chipmakers Intel and Nvidia Corp.

“Edge development has not been very agile,” Gupta said. “We’ve talked with customers who built solutions in two months, and it took them two years to go into production.”

This is one of the issues that is fueling Red Hat’s partnership opportunities with chipmakers. Among the announcements made by Red Hat during the Summit was news that Intel would be selling solutions certified for Red Hat Edge deployments.

Intel NUC Element modules, which have been certified for RHEL 8 and 9, have played a role in edge deployments. They have been used for driving robots to fight bushfires in Australia and allowed doctors to obtain COVID patient monitoring data without having to enter their rooms.

Red Hat has partnered with Nvidia to scale edge technologies through OpenShift using GPU Operator to manage resources in a Kubernetes cluster and automate tasks. REHL 9 is also supported on Arm’s 64-bit architecture, and Red Hat executives indicated that there may be additional Arm-related news in the near future.

“We’re partnering with Arm to build standards,” said Kris Murphy, senior principal software engineer at Red Hat, during a media briefing at the Summit. “Edge is bringing in new hardware and new architectures. You’ll see us doing more around Arm.”

As Red Hat works with major processor providers to build infrastructure at the edge, the need for secure solutions has become more evident. Open source has endured a bumpy cybersecurity road in recent years, with high-profile breaches involving open-source software tools, such as Apache Log4j and Apache Struts.

Red Hat has been heavily focused on securing the software supply chain. In early May, the company announced a new pattern tool that leverages OpenShift, Tekton Chains and Sigstore to make cryptographic signing of code more accessible.

Tekton, a Kubernetes-native, open-source framework for creating secure pipeline executions, has been gaining visibility over the past year. It was adopted for use by SolarWinds Inc. after that firm’s devastating breach of its software supply chain in 2021.

Red Hat’s message is that when it comes to security, the enterprise is better off trusting open-source tools than proprietary software because of the extensive community of developers behind the solutions.

“If there are flaws in the code, it will get recognized that much more quickly because there are so many eyes on it,” said Paul Cormier (pictured), chief executive officer of Red Hat, during a question-and-answer session for the media at the Summit in May. “We think that open source is much more secure than the proprietary world.”

Paving the path to hybrid

A key element for how Red Hat is defining itself in today’s market can be found among the themes the company’s leadership chose to highlight at its annual conference. A prime example can be seen in the keynote delivered by Cormier.

The standard script for major conference keynotes usually involves unveiling key new products and technologies as part of the chief executive’s presentation. Cormier chose a different approach and devoted nearly all of his talk to the power of open source and its role in paving the way for hybrid cloud.

“The only way you can use innovation to keep pace with IT demands is through open-source development,” Cormier said. “The new normal for IT starts with open source. Organizations won’t get to choose hybrid cloud; it’s coming to them whether they are ready or not. That’s what Red Hat has been focusing on for the last eight years.”

The company’s focus on hybrid and open source has meshed with IBM’s own strategic approach, and this has translated on the balance sheet as well. In IBM’s most recent earnings announcement, Red Hat led the way with reported revenue growth of 18% for Q1 year-over-year. Cormier noted that 100% of commercial banks in the Fortune Global 500 now rely on Red Hat’s technology.

Statistics such as these and the partnership with GM point toward Red Hat’s growing role in driving major sectors of the economy. It has been quite a journey for the open-source pioneer, and the company is keenly aware of the struggle it took to become part of the mainstream business ecosystem.

“The quote says: ‘First they ignore you, then they laugh at you, then they fight you, and then you win,’” Cormier said. “Open-source technology has won the innovation debate, period. But we are far from done.”