“What if people don’t believe in your god?” Sunny asked the guest cohost.

Elisabeth Hasselbeck was back in familiar territory Wednesday when she made a guest cohosting appearance on “The View” — once again finding herself at odds with pretty much everyone on the panel thanks to her conservative views.

The hot topic of the morning was Kansas voting against removing the right to abortion from the state constitution, sparking a more broad conversation about abortion rights in general.

During the discussion, Joy Behar said one of her big concerns about some of the proposed and already-in-effect bans was the fact they make no exceptions for instances of rape, incest or take the health of the mother into consideration.

“In 1979, I had an ectopic pregnancy. I almost died. The doctor the next day said we almost lost you,” she then revealed. “I’m thinking what are these people thinking about when they’re talking about the health of the mother.”

“I think some people try to link those two together,” Hasselbeck said, referring to ectopic pregnancies and abortions. “It’s a loss of life either way, it’s side. That’s a grief and I think whether you struggled with fertility like I did, had an ectopic pregnancy or a number of miscarriages, you grieve and that’s hard.”

“I think one thing we’re failing to mention to women, as women, is that there are options out there that extend beyond abortion,” she then continued. “I personally believe, not because I believe life has value but because I believe our creator assigns value to life and those lives have a plan and purpose over them, as designed by God that are not limited to the circumstances of conception or the circumstances they’re born into.”

Whoopi Goldberg, however, immediately pushed back. 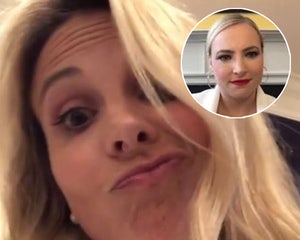 “As you know, God doesn’t make mistakes. God made us smart enough to know when it wasn’t going to work for us. That’s the beauty of giving us freedom of choice,” she responded, getting a flat out “No” from Hasselbeck.

“Yes … I know God made me smart enough to know that if there are alternatives out there that can work for me, I will investigate them,” Goldberg continued. “I also know God said, ‘Do unto to others as you would have them do unto you.’ I will not make that decision for anybody.”

After a little back and forth, Hasselbeck then pulled out a prop she brought along for her appearance; a towel reading, “I’d agree with you, but then we would both be wrong.”

Hasselbeck interjected, however, saying “that’s not pro-life” — before once again pushing for adoption or agencies that “will help you keep your baby alive.” 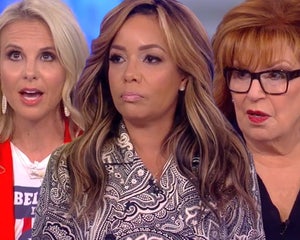 With that, Goldberg tossed to a commercial, but the discussion continued when they returned. After the break, Sara Haines said that Americans live in a country with freedom of religion and not all religions agree on issues like abortion and LGBTQIA+ rights. “There’s a chance that each one of us could be wrong. I trust an individual to have their chance at life, make the decisions they want and they will meet their maker,” she added.

Hostin went on to explain that she agrees with Elisabeth’s beliefs, reiterating that she is personally against abortion and believes anyone who has one is “murdering an unborn child.” That being said, she doesn’t believe she has to right to impose her stance on others. “What do you say, Elisabeth, to the fact that I can’t force my religion and my beliefs on other people? That is not the American way,” she asked.

Hasselbeck responded by saying, “Just because something is a right doesn’t make it right,” adding that she doesn’t “force religion” on others — despite her whole anti-abortion argument on the show being based in her faith. “I also think sometimes in Christianity we need to offer more mercy. We need to not shame women in hard situations,” she added.

Behar added that “when you’re prohibiting something, you are in fact judging them,” before pointing out how many children are just waiting to be adopted in America alone. “It’s just not a snap thing, have the baby and it’ll be put up for adoption. There are children waiting out there.”

The conversation came to an end after Haines once again brought up the value of a pregnant person’s life — with Elisabeth asking, “Do we have to choose one life over the other?”

As the entire panel responded by saying that, yes, in some instances that is precisely the case, Goldberg concluded the discussion, telling them, “Sometimes you do, just like you have to choose this conversation or a commercial.” 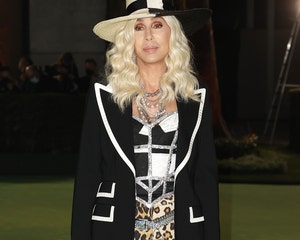