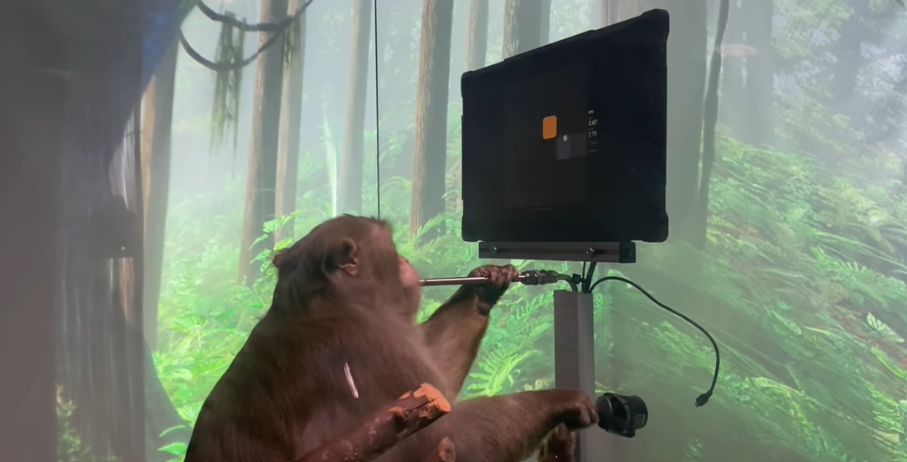 At a meeting on Wednesday, Elon Musk said his company Neuralink will start testing human brain implants within the next six months.

Musk, who said he was willing to be one of the first humans to try out a brain-chip interface, said his company has already written the necessary documents to submit to the Food and Drug Administration so they might start human trials.

Neuralink has been testing the implants on animals, which, not surprisingly, has elicited some criticism from animal activists. In the case of macaque monkeys, it was revealed a part of their skull was removed so the chips could be inserted into the brain. Neuralink said the animals were treated with the utmost care before and after playing Pong with nothing but their brains.

Neuarlink was founded in 2017, when Musk announced that he’d like to connect brains with computers “to achieve a symbiosis with artificial intelligence.” Such a technology, Musk said, could give people with diseases or various other neurological conditions the ability to overcome some part of their disability.

Neuralink said recently that it might be possible to give people “full body functionality” or even restore a person’s eyesight. “Even if someone has never had vision, ever, like they were born blind, we believe we can still restore vision,” Musk told people at the three-hour-long meeting held at the Neuralink headquarters in San Francisco.

Musk added that people with disabilities might be able to communicate again and use the parts of their bodies they’d previously been unable to use. For this to happen, Neuralink needs to move from animal testing to human testing.

“We want to be extremely careful and certain that it will work well before putting a device into a human,” Musk said. “The progress at first, particularly as it applies to humans, will seem perhaps agonizingly slow, but we are doing all of the things to bring it to scale in parallel,” he said. “So, in theory, progress should be exponential.”