The gang’s (almost) all here … and so is Jackie and Kelso’s son!

“Why did you open our house to chaos again? All the dumbasses were gone!”

That’s what Kurtwood Smith’s Red Forman exclaims to Kitty (Debra Jo Rupp) as said “dumbasses” and the next generation of Wisconsin teens once again invade his home in the full trailer for “That ’90s Show.”

A followup to “That ’70s Show,” the action on the Netflix series jumps ahead to 1995, as Eric and Donna Forman’s daughter Leia — yes, as in Princess — spends the summer away from her parents with her grandparents in Point Place, taking over their infamous basement with a new crop of kids.

In addition to Donna and Eric’s kid, one of the show’s central characters is Jay Kelso (Mace Coronel) … the son of Kelso (Ashton Kutcher) and Jackie (Mila Kunis), who both return alongside Topher Grace and Laura Prepon.

Also back in the new sneak peek: Wilmer Valderrama’s Fez, who is now a hairdresser, and Tommy Chong‘s constantly-high Leo. 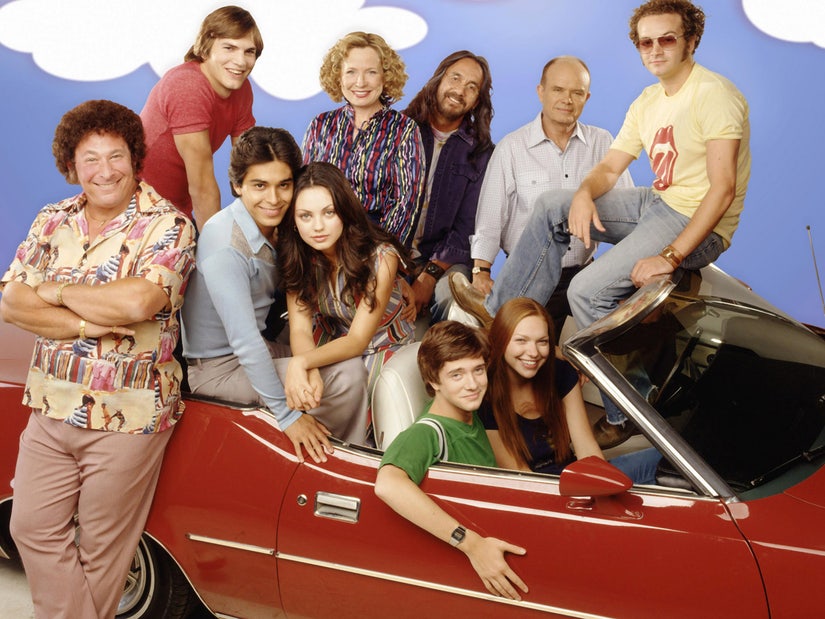