This is the latest creation from Ferrari‘s bespoke division: a 789bhp roadster based on the Ferrari 812 GTS.

Called the SP51 – named for being the company’s 51st special project car – and built as a one-off for a Taiwan-based client, it comes with an array of unique features including specially designed headlights, diamond-cut wheels and a bespoke Rosso Passionale paint colour.

It shares all of its underpinnings with the 812 GTS, including its layout, chassis and monstrous front-mounted 6.5-litre V12, which revs all the way to 8500rpm. Although performance details have yet to be released, expect figures similar to the 812’s sub-3.0sec 0-62mph time and 211mph top speed.

On the outside, the SP51 has been given its own specific look while still being recognisable as the supercar that it’s based on, said Ferrari, including its roofless design – although the one-off doesn’t get a folding hard-top like its sibling. 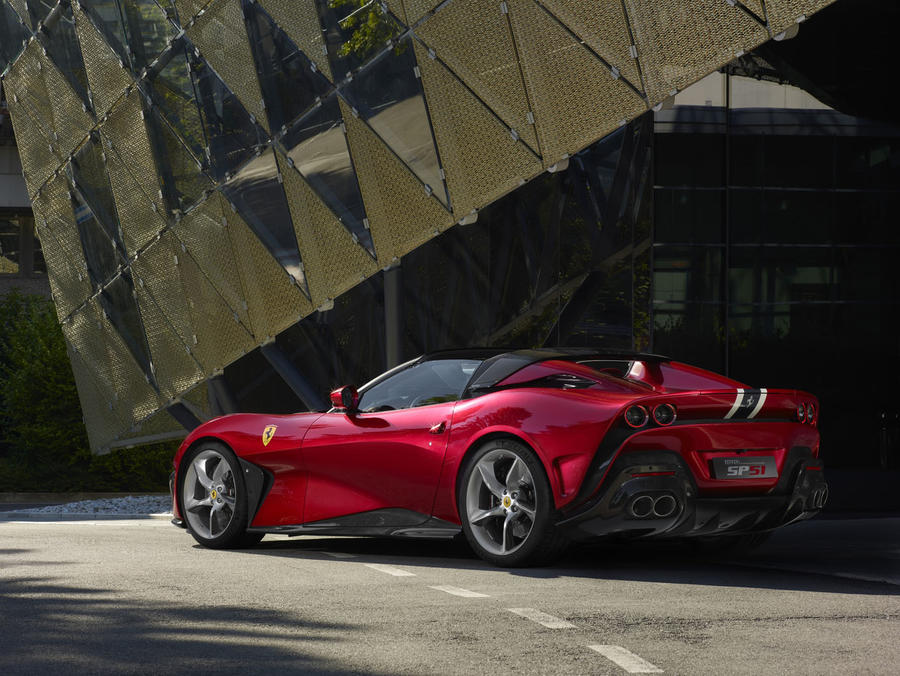 Created by the Ferrari Styling Centre, the body is predominantly carbonfibre, with its most striking feature coming in the form of a long blue-and-white stripe – reminiscent of the 458 Speciale and a nod to the 1955 Ferrari 410 S – that runs the length of the car, including the interior. Inside, it’s nearly identical to the 812 GTS, with red Alcantara prominent.

Engineers were challenged by the absence of a roof. They were tasked with making it as aerodynamic as possible, with vents at the front and rear helping to guide air and hunker down the car for increased downforce. 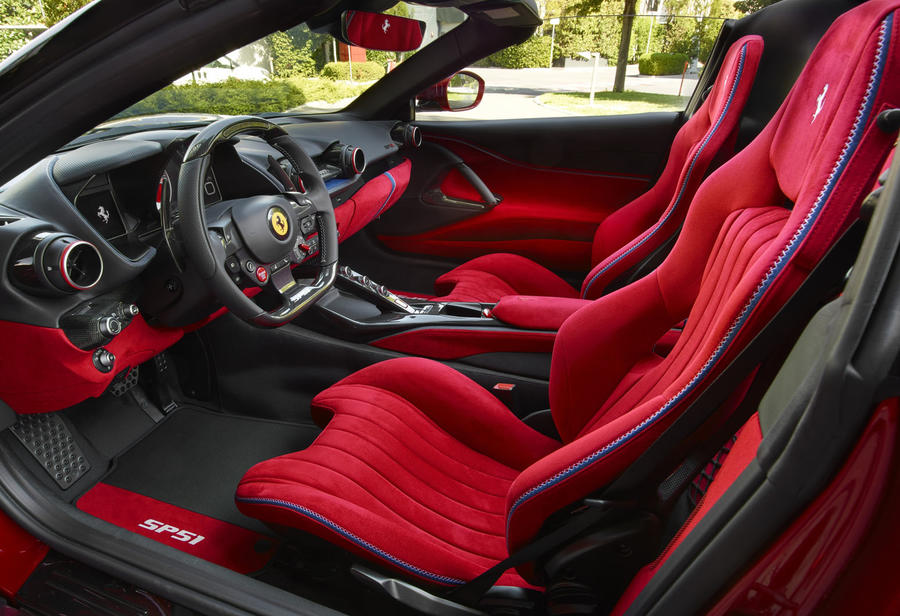