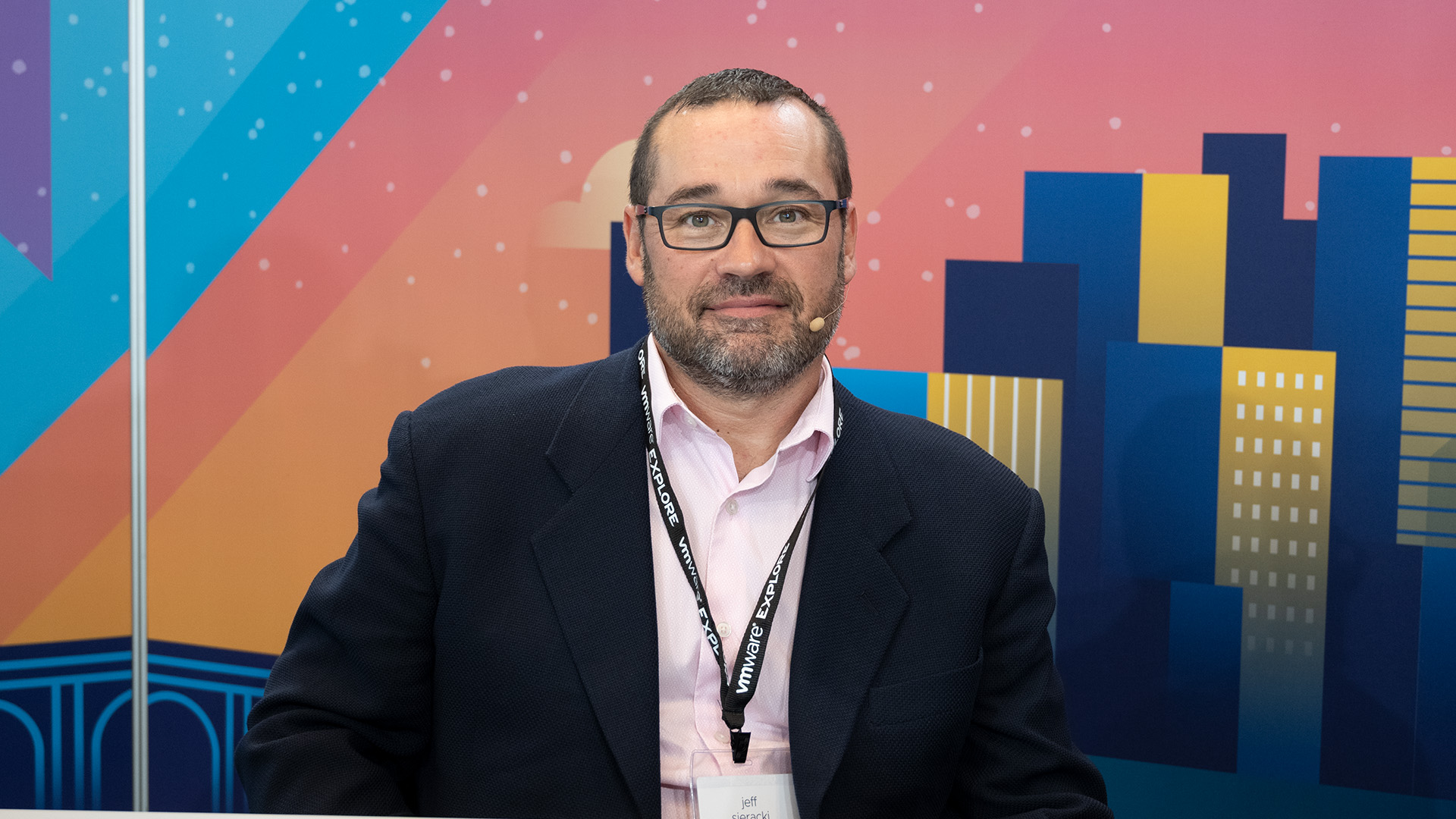 Acquiring, analyzing and then acting on data are among the fundamentals behind how a company shifts to technology and digitization, according to an executive at a company that was, until recently, known simply as a fiber backbone provider.

The company now places itself at the forefront of the Fourth Industrial Revolution.

“You can’t have machine learning without data to feed the machine so they can start learning,” said Jeff Sieracki (pictured), senior director of product management at fiber-giant Lumen Technologies Inc..

It’s the quickness by which one transfers information that’s among the key requirements now for digitization, he explained.

Sieracki spoke with theCUBE industry analysts Lisa Martin and David Nicholson at VMware Explore, during an exclusive broadcast on theCUBE, SiliconANGLE Media’s livestreaming studio. They discussed how networks combined with platforms would be powering the next industrial form. (* Disclosure below.)

“You have to physically connect things,” Sieracki said. And that’s where he says his company’s massive fiber backbone comes into play for enterprise computing.

Lumen has been building and operating one of the largest fiber networks in the world. It currently operates over 180,000 fiber-fed enterprise buildings, according to Sieracki. And it runs over 60 edge data centers in 60 distinct metropolitan areas — all connected with the aforementioned long-standing fiber network.

That makes it the ideal partner for companies looking to expand into the Fourth Industrial Revolution, Sieracki added. That term refers to an industrial shift where global supply and production networks begin to function in real time without human intervention.

Application performance driven not just by network, but also by number of locations, making Lumen’s setup ideal, according to Sieracki.

“You move the compute closer to the point of digital interaction, which is what we’re doing with our edge platform,” he said. “Put it on a network with less hops.”

Smart manufacturing is a good example of a Fourth Industrial Revolution element that has benefited from Lumen’s backbone coupled with its VMware Inc. partnership, Sieracki explained.

“You need to have the equipment that takes that information, that data from all the IoT devices, analyzes it, [then] operates your manufacturing facility,” he said.

Organizations don’t want the compute a thousand miles away, because a fiber cut could cost a business millions of dollars if its factory goes down, for instance. Near-zero latency is also crucial for next-generation apps at the edge.

“We’ve seen similar use cases in logistics,” Sieracki says of organizations taking advantage of VMware on vCloud along with the Lumen backbone and associated platform.

“Customers want to run their applications. They don’t want to worry about everything underneath it,” he said. “The network has compute endpoints on it, and everything has compute. So there is a physical behind everything.”

However, the equipment isn’t on premises. In Lumen’s case, it’s all connected by the network.

“Dynamic networking capabilities that connect from a customer prem to edge data center, third-party data center all the way into the public cloud,” Sieracki said. “We can stitch all of that together.”

(* Disclosure: Lumen Technologies Inc., sponsored this segment of theCUBE. Neither Lumen nor other sponsors have editorial control over content on theCUBE or SiliconANGLE.)