More than a decade after its launch, the Lamborghini Aventador has bowed out of production with the limited-run LP 780-4 Ultimae, which is also Sant’Agata’s last pure-combustion V12 production car.

The final Lamborghini Ultimae, described as “a celebration of the iconic V12 super-sports car and combustion engine in a final production model”, has rolled off the production line to bring to an end the car’s 11-year run, with a plug-in hybrid replacement expected to be revealed later this year having been spied testing.

Lamborghini made sure the final model was the most powerful with the 6.5-litre unit producing 10bhp more than in the previous range-topping Aventador, the Lamborghini Aventador SVJ, sending 769bhp (780PS, hence the name) to both axles. The Aventador-based Essenza SCV12 produces 819bhp but is limited to track use.

The Ultimae’s 531lb ft torque peak matches the SVJ’s, with which it shares its power- to-weight ratio. But with a 0-62mph time of just 2.8sec and a top speed of 221mph, the Ultimae claims the crown as the fastest road-going Aventador. 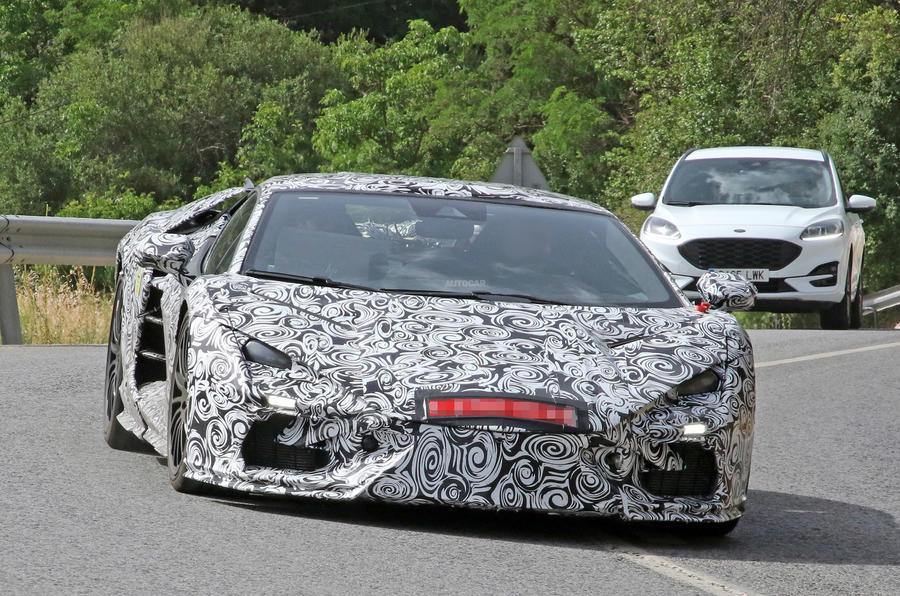 The 350 coupés and 250 roadsters – each sold with a numbered plaque – will be offered in a range of unique colour schemes, including a new grey-on-grey option with contrasting red trim elements, while the roadster can be specified with an exposed carbonfibre roof panel. It is also subtly marked out from other Aventadors by way of a unique styling package that “takes the best components” of the S and SVJ.

Next up, the iconic Aventador will be replaced by a plug-in hybrid which will serve as a bridge to pure-electric Lamborghini models in the future.

This electrified future will see the Hurácan and Lamborghini Urus also go down the same route, and an all-electric 2+2 introduced in the second half of the decade.