“What’s been interesting to watch and witness is just how easy it is for men to totally destroy a woman’s body, publicly, proudly, for everyone to see.”

Florence Pugh stunned the fashion world over the weekend with a gorgeous pink sheer Valentino dress, but she knew it would only be the beginning of the conversation about the dress — and her body.

On Sunday, the “Black Widow” star took to her Instagram to boldly share even more pictures of the dress (and her body in it) while addressing those trolls who decided it was their right and obligation to attack her over it. 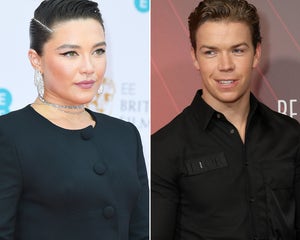 “Listen, I knew when I wore that incredible Valentino dress that there was no way there wouldn’t be a commentary on it,” she shared in a lengthy caption accompanying the gorgeous pictures.

“What’s been interesting to watch and witness is just how easy it is for men to totally destroy a woman’s body, publicly, proudly, for everyone to see,” she wrote, even marveling that they do it with “job titles and work emails.”

“It isn’t the first time and certainly won’t be the last time a woman will hear what’s wrong with her body by a crowd of strangers, what’s worrying is just how vulgar some of you men can be,” she continued.

The 26 year old said she was thankful that she’s grown and become more happy with the “flaws” that bothered her as a 14-year-old teen. As such, all the comments “disappointed” about her “tiny tits” and telling her she should be “embarrassed” to be “flat chested” did not land as likely intended. 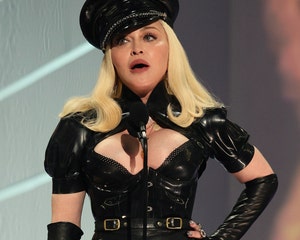 “I’ve lived in my body for a long time. I’m fully aware of my breast size and am not scared of it,” she wrote. She then asked why breasts of all shapes and sizes are so scary? “What. Is. So. Terrifying.”

“It makes me wonder what happened to you to be so content on being so loudly upset by the size of my boobs and body..?” she asked.

Pugh went on to say that she was “grateful” to have grown up in a household of “strong, powerful, curvy women” who taught her to find the power in her own body.

“It has always been my mission in this industry to say ‘f— it and f— that’ whenever anyone expects my body to morph into an opinion of what’s hot or sexually attractive,” she said. 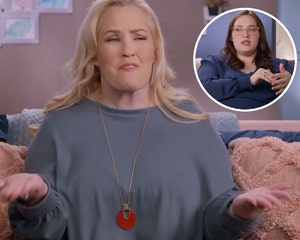 “I wore that dress because I know,” Pugh continued. “If being loudly abusive towards women publicly in 2022 is so easy for you, then the answer is that it is you who doesn’t know.”

She closed by telling her trolls quite simply to “grow up. Respect people. Respect bodies. Respect all women. Respect humans.” She then marveled that all this noise was created by “two cute little nipples.”

As a parting jab, she laughed that “te last slide is for those who feel more comfortable with that inch of darker skin to be covered,” before closing with a more expletive hashtag touting the “Free the Nipple” movement.

Pugh was clearly aware of the scrutiny the dress would draw, but was having fun with it even on Saturday — before the inevitable trashing from online trolls. She shared a batch of the images then, as well, with the playful caption, “Technically they’re covered?”