Exploring the cabin, there’s much more to praise. Your first impression is that it feels very airy, thanks to an enormous expanse of a windscreen and tall windows, plus a high roofline. The two front occupants have all the space they could wish for. If they’re not selfish, you could quite easily get five adults into this space, with two children behind – even shorter adults (like my 5ft 9in self) on shorter journeys.

Access is easy, too, thanks to a big sliding door on either side of the car and little toggles that easily pull the middle row out of the way. You can also remove the seats entirely, should you wish, turning a tiny boot into a big one, then in turn an enormous, van-equivalent one. There are myriad oddment storage areas inside, too, including a handy little rubbish bin.

The Tourneo is now based on the Volkswagen Group’s much-used MQB car platform, whereas previously it was derived from the ubiquitous Transit van, and it certainly feels more car-like to drive than I had been expecting.

I’m not going to lie about having driven the previous Tourneo, released in 2014, but I read that that, too, was impressively good in the ride, handling and steering departments, so returning buyers shouldn’t have much to worry about here.

The ride is generally comfortable, even if it is prone to thumping when it encounters a particularly difficult intrusion (hardly a surprise when it’s a big, mostly empty, 1.7-tonne metal box). And you can corner with confidence, because the Tourneo nowhere near as ready to understeer as the uninitiated might think. 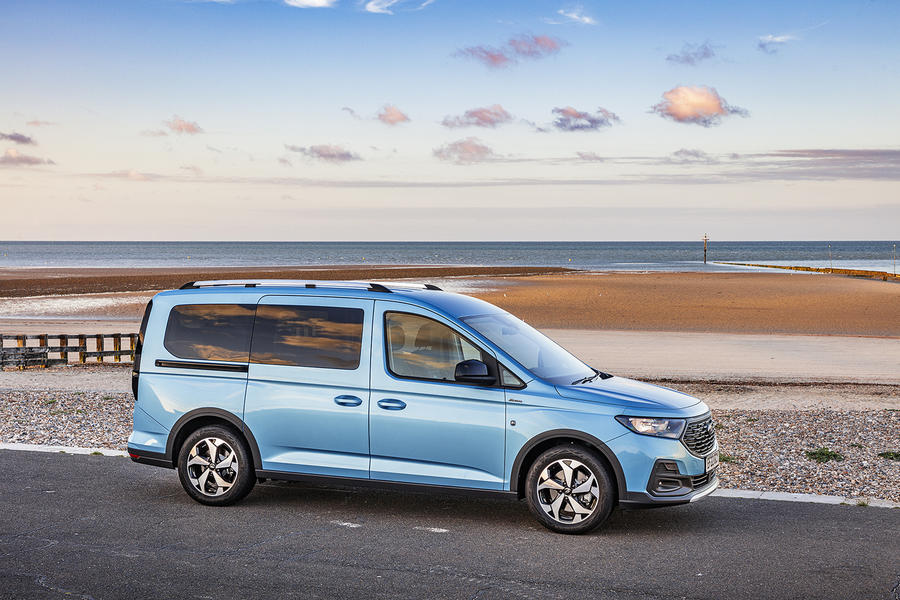