Britain has just celebrated the Queen’s 70th jubilee, a remarkable milestone that got us wondering: how different was motoring life when Her Majesty was crowned?

Well, we still had a healthy crowd of car makers, plus sports cars were important at home and for export – a business the industry simply had to crack to secure a post-war future.

No wonder, then, that Triumph sought to win publicity for its new TR2 roadster with a top-speed run on Belgium’s Jabbeke highway, as made famous by the Jaguar XK120.

It was to be piloted by Formula 1 engineer Ken Richardson, who had been key to its creation after telling Triumph boss Sir John Black that his 20TS prototype was “the most bloody awful car I’ve ever driven”.

His first go was timed at 105mph, which was okay for a 2.0-litre four-pot engine but below expectations. To Triumph’s relief, he relayed that one of the plug leads had come off.

Back at full capacity, the TR2 hit 125mph – “no mean achievement but outstanding when it’s realised that the car costs around £550” (or £10,780 today) – and then 111mph after the metal cover was swapped for the usual fabric hood (erected).

The TR2 became Triumph’s top earner, loved especially in the US. And as for MVC 575, “the most important Triumph ever built”, it was recently restored and can be seen at the British Motor Museum. 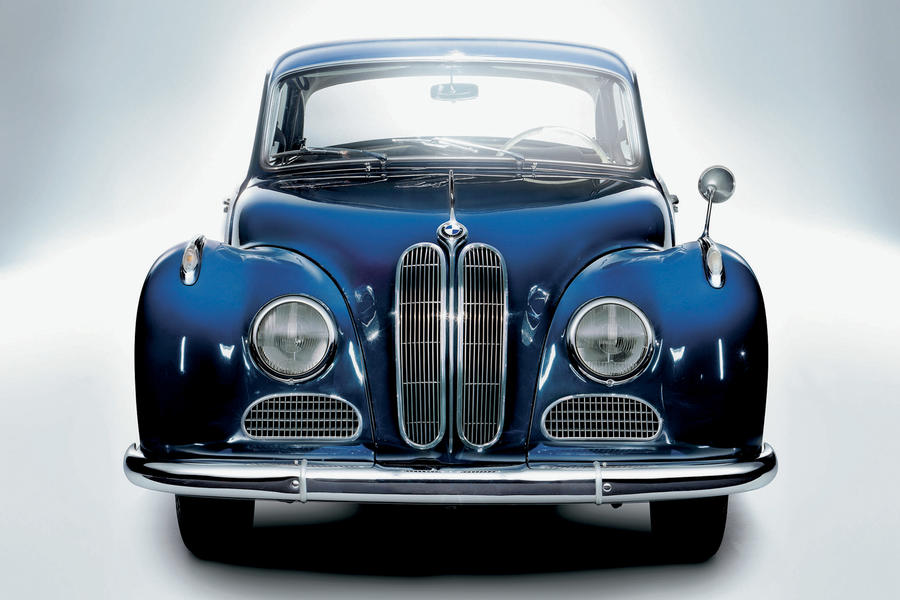 The effects of the war were still very evident in Britain seven years after Nazi Germany had surrendered, so we had “mixed feelings” about an export deal being signed with West Germany. Its most interesting cars were the BMW 501, Mercedes-Benz 300S, Borgward Hansa (as it had an auto ’box), Porsche 356 and Volkswagen Type 1 – the first imported examples of which were vandalised at Harwich docks.