The first Citroën rolled out of the Paris factory in March 1919, and in that first year of production some 750 Type As went to Britain.

From 1915, the UK government had imposed the McKenna Duties, a one-third tax on foreign luxuries, to pay for the Great War. They were ended in 1924 but reimposed a year later, so Citroën quickly decided it had better start making cars here.

It chose Slough, Berkshire, and opened the plant in February 1926 with 500,000sq ft of space and “the most modern machinery in the world”, employing some 5000 people.

There are special ovens for the painting system, and a compressed air plant has been installed to run the drills and mechanical spanners used in the assembly,” we reported.

“Components are erected separately and fitted to the chassis as it proceeds slowly on a conveyor.

“There’s a very elaborate system for nickel-plating various parts, and it’s interesting to note that a plant has been installed for dealing with the plate glass for windows.”

Slough went on to build the Traction Avant, 2CV, Bijou and DS before being closed in 1965. 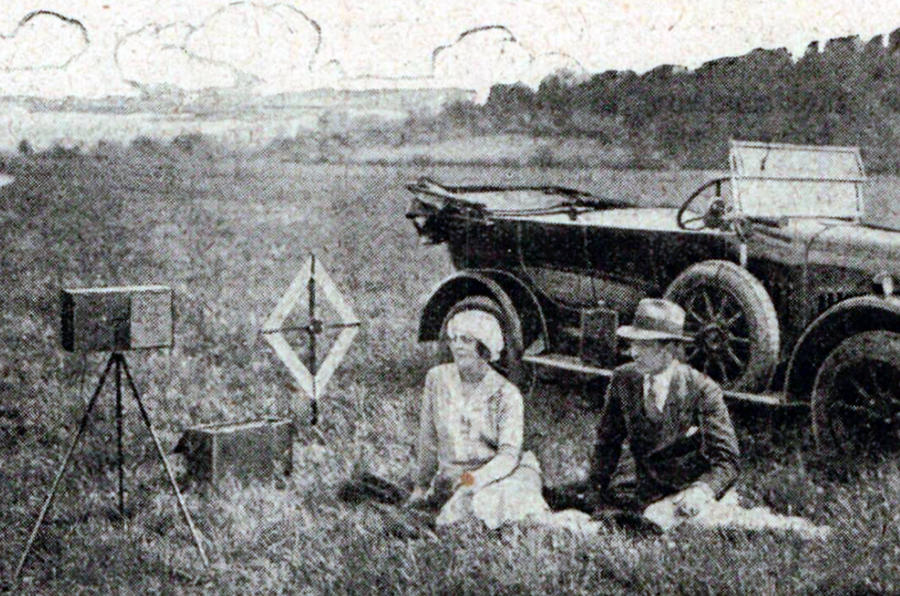 Radio – or rather wireless, as it used to be known – was quite a technical hobby in the early days, especially if you wanted your set to be portable.

For reasons of cost, most motorists would build their own in-car radio – although they had to stop driving to listen to a symphony from the BBC.

Radio sets were bulky items, and even more so if you wanted a loudspeaker (pictured) rather than headphones. “The proper container is not a wooden cabinet but a cheap suitcase,” we said. 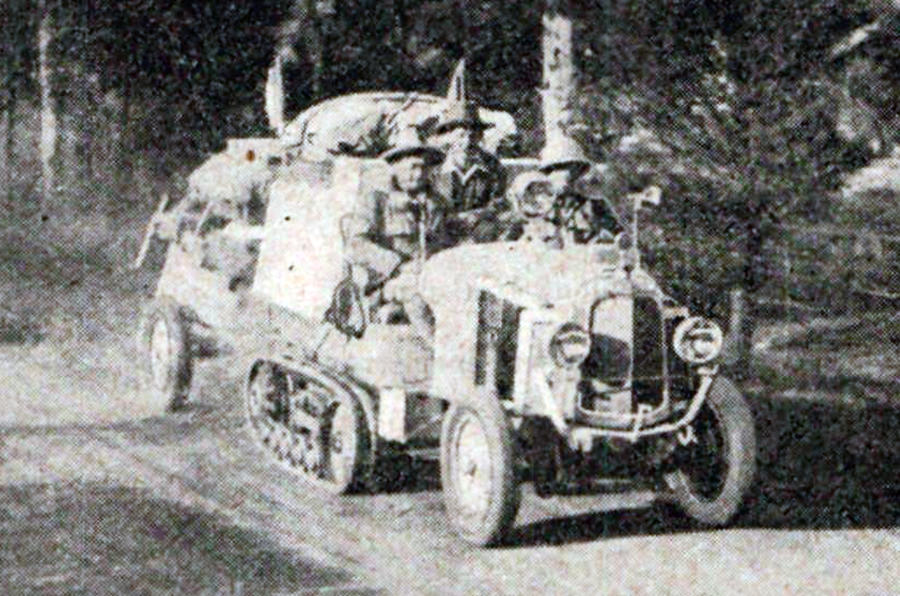 Citroën was also making news on the other side of the world as one of its Adolphe Kégresse-designed halftrack cars reached Cape Town, nine months and some 11,000 circuitous miles after leaving north Africa.