So iconic is the Volkswagen Golf GTI that it’s hard to imagine it being novel. So let’s head back to 1976, when we excitedly drove the hot hatch for the first time.

“The extra power of the fuel-injected engine [108bhp] meant that one had to be sensible with the throttle during standing starts.

The handling on our mountain course was most impressive. It was difficult even to approach the limit in normal, sensible, fast driving.

“The suspension is certainly taut but swallows minor imperfections well on main roads at speed.

“On poor secondary surfaces, the ride is rather harsh, but that is the sacrifice one must pay for the virtual elimination of roll.

“Once at the [Hockenheim] circuit, we were able to approach the ultimate handling limits.

“It tends to lift its inside rear wheel but is still very forgiving. For instance, one can head into a corner right on the limit, lift the throttle mid-bend, catch the ensuing oversteer with half a handful of lock, to which the car instantly responds, and then apply full power to rocket out of the corner – antics which in many other cars would find you in danger of knotting your arms.”

Our second cup of T 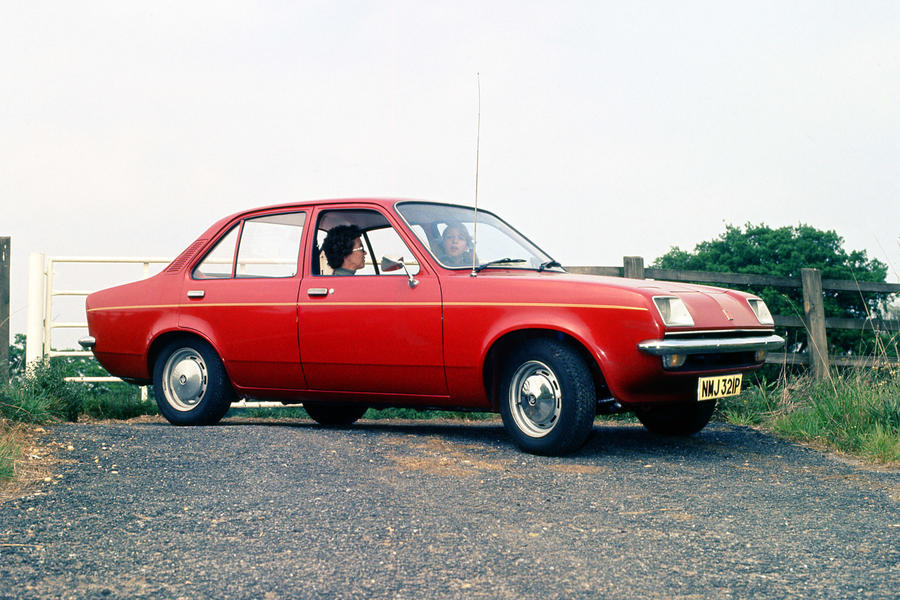 General Motors’ T-car is the most rebadged car ever, with Chevrolet, Holden, Opel, Pontiac and more all selling it. In 1976, we got our second taste of it in the form of the Vauxhall Chevette 4dr. “Good economy but slightly disappointing performance,” we concluded. “Excellent handling at the expense of ride. Not enough back seat room. Competitively priced.”