Superminis face an uncertain future today, due to SUVs and ever rising prices. Things were entirely different 29 years ago, as the Fiat Punto, Renault Twingo, Mk2 Seat Ibiza and Vauxhall Corsa arrived cheaply and cheerfully – of course eliciting a test to reveal the best.

Named after a party island it may have been, but the Ibiza was a bit of a bore. “Supremely spacious and feeling robust, it has the potential to be as good as the Punto, but its gutless, noisy engine lets it down.

“Next up is the Corsa, which looks the part inside and out. A strong engine isn’t enough to make it a driver’s car, the disappointing steering and shift preventing you from wanting to take it for a blat.

“The Micra claims third by the skin of its teeth. It’s the least roomy and has the worst ride. However, it has a terrific engine and an excellent gearbox and feels the most solidly screwed together.

“The Punto is the most refined new Fiat in years – possibly ever. It has an invigorating engine, a precise gearbox and well-judged steering; it rides and handles well; and it offers a spacious cabin.

“The Twingo’s lack of pretension is refreshing and its innovative interior is immensely practical. It has a first-rate chassis and adequate performance. But it also has something special: in five years, the Punto will start to look passé; the Twingo will be viewed in the way one looks at a Beetle today.” 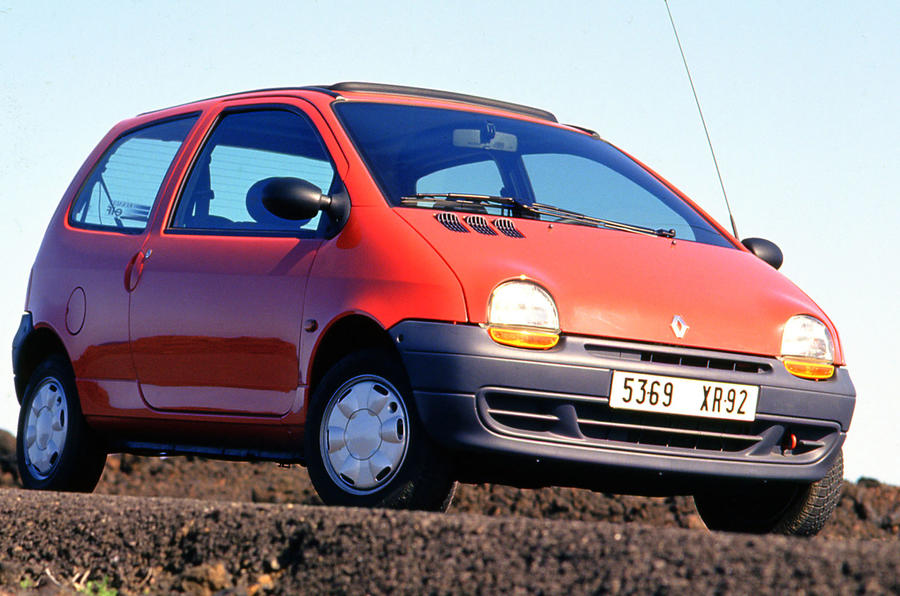 Indeed. What a shame the idea of British sales was never taken up.

The E1 concept, an electric supermini revealed in 1991, immolated itself in testing, but that wouldn’t stop BMW when Mercedes was soon to launch the A-Class. Rather, it built a new E1, this time with three options: an electric motor and a battery; a fourpot motorbike engine; or a hybrid system comprising a motor at the back and a smaller engine up front, although sadly without a generator function. This is something that would appear on BMW’s first EV – but that was the i3 REx of 2013, the E1’s promised 1997 launch not occurring.