This edition of the German Grand Prix, again held on the fearsome Nürburgring, already looked tasty, with works entries from Alfa Romeo, Bugatti, Maserati and Mercedes-Benz, plus some notable privateers – and then the heavens opened.

“With columns of water rising from their wheels, they roared down the straightaway to the loop, doubled back and in very few minutes were running behind the line of pits. In this preliminary scramble, Luigi Fagioli was the most active, for he shot his crimson Maserati well in front of all six white Mercedes.

“Out on that hilly highway, [Mercedes’] Rudolf Caracciola shot past Tim Birkin and [team-mate] Fagioli, and, to guttural roars from thousands of Germans, his SSKL whined its way into a lead that was always threatened but never broken.

“He was on home ground, the bad conditions were in his favour and, as his rivals admitted, he was driving in a brilliantly dashing fashion.

“The Mercedes, nearly twice the weight of the Bugatti and Maserati, had superior roadholding. Had the weather been dry, the results would undoubtedly have been different.”

Still, it showed the German’s skill that two Bugattis and an Alfa, not his colleagues, were his chasers. 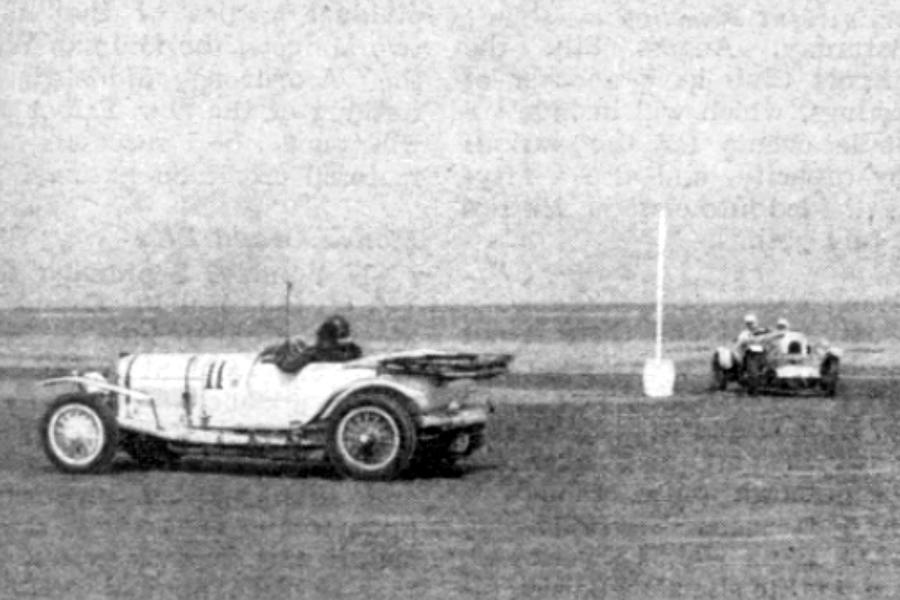 Motocross is a popular spectacle on Skegness beach. Back in 1931, you could have seen sports cars racing instead. Alvis, Bentley, Bugatti, Invicta and Mercedes cars doing up to 90mph on moist sand must have been amazing to behold. And the handicapping was calculated to perfection to yield close-fought, scintillating racing in every heat.