These Emmy Award winners were celebrated for their achievements AND went down in awards show history.

Television’s biggest night began with a few record-breaking nominations and while many favorites were snubbed from receiving a golden trophy, many stars made history with just a simple nomination.

Meanwhile, the “Squid Game” crew broke records across the board in nearly every category the Netflix series was nominated in.

Read on for all of the history-defining wins of the night: 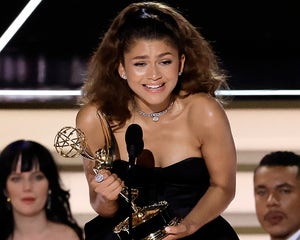 Zendaya became not only the first Black woman to win an Emmy award for Lead Actress in a Drama twice, but the “Euphoria” star became the youngest two-time winner for any Emmy award category in history.

The 26-year-old won the award for her performance as Rue in HBO Max’s “Euphoria,” and also made history solely for her nominations for original music and lyrics for the songs “Elliot’s Song” and “I’m Tired” from the HBO series. Zendaya is the first Black woman to be nominated for acting and songwriting in the same year.

Former President Barack Obama came one step closer to achieving the coveted EGOT. The 61-year-old took home the award for Outstanding Narrator with his performance in Netflix’s five-part docuseries “Our Great National Parks.” His historic win made him the first U.S. President to win a competitive Emmy Award.

Obama also served as a producer on his series via his production company Higher Ground. 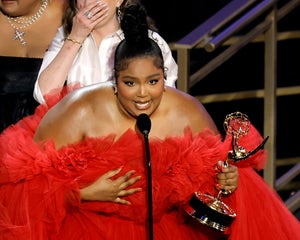 Sheryl Lee Ralph became only the second Black woman to ever win an Emmy in this category for her performance in Quinta Brunson’s “Abbot Elementary.” Jackée Harry was the first, back in 1987.

Upon receiving her award, Ralph belted a chilling performance of Diane Reeve’s “Endangered Species” during her acceptance speech — a powerful ballad detailing the historic struggles of Black women.

RuPaul — Outstanding Host for a Reality or Competition Program

RuPaul stands as the most awarded Black individual in Emmy Award history and now has 12 wins with his 2022 award for Outstanding Host for a Reality or Competition Program for “RuPaul’s Drag Race.”

The Drag icon has won the Emmy for this category for the seventh consecutive year and beat out other star hosts for “Nailed It!,” “Making It,” “Queer Eye,” “Shark Tank” and “Top Chef.”

Lee Yoo-mi made history and became the first ever South Korean actress to win Outstanding Guest Actress in a Drama for her performance in the blockbuster series “Squid Game.”

“I’m so grateful. Thank you so much for giving me such a great award. I’m grateful to the Emmy Awards, and I love Netflix, who is always by my side,” Lee said in her acceptance speech during the Creative Arts Emmy Awards Ceremony.

With his win for Outstanding Supporting Actor in a comedy series, Brett Goldstein became the first consecutive winner of that category since Jeremy Piven who won for his performance in “Entourage” in 2007.

Hwang Dong-hyuk scored the second win for Netflix’s “Squid Game” with his recognition for Outstanding Directing for a Drama Series, markingthe first time a non-English language drama  took home the award in this category.

The “Squid Game” star is the first South Korean actor, as well as the first Asian actor to win the Emmy for Outstanding Lead Actor in a Drama Series. It was his first Emmy nomination and win!

Ted Lasso — Most Emmy Awards Won in a Single Season

The “Ted Lasso” team won big when they took home the most Emmy Awards for the night. Jason Sudekis and the “Ted Lasso” cast broke records for the most awards for a single season with eight awards to their names. The record was previously held by “Hill Street Blues” and “The West Wing,” the three shows now tie for most Emmy wins overall. 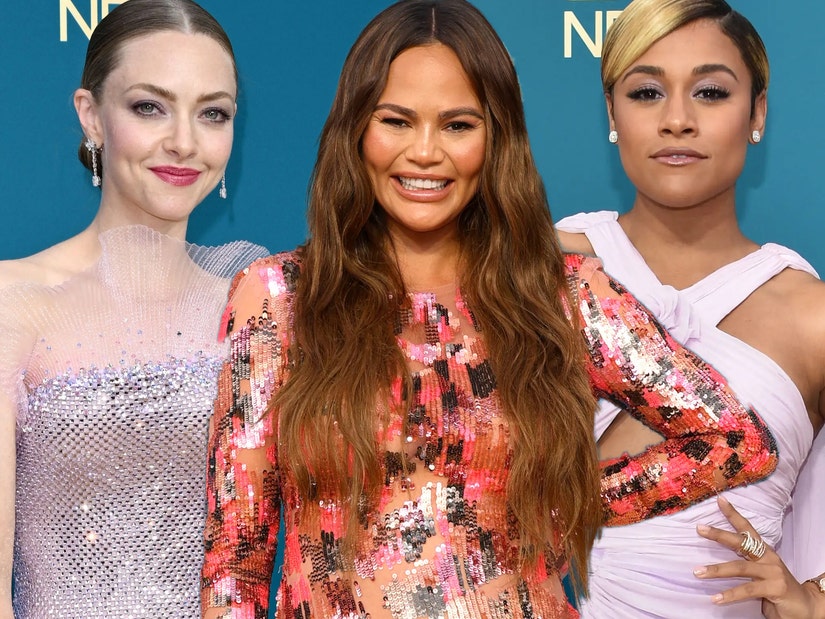