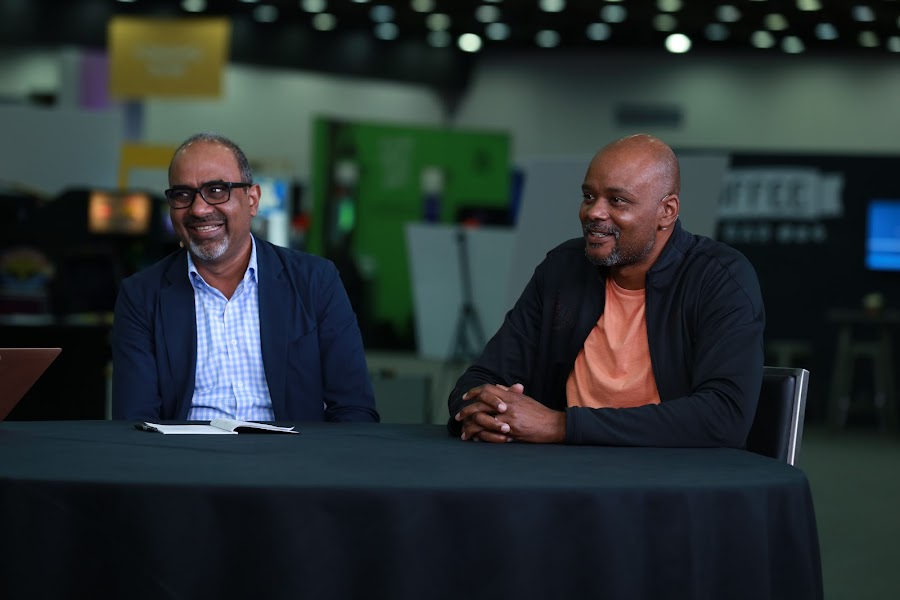 One theme involves a realization that open-source technologies have become ingrained in the backbone of enterprise computing, and future work in the open-source community will be geared toward reducing operational friction.

“This conference still feels very different than a vendor conference,” said Keith Townsend (pictured, right), principal of CTO Advisor. “The hallway track is different. It’s less about projects and more about how people adjust to the enterprise, how they do enterprise things. They are understanding the friction of implementing new technology in the enterprise.”

Townsend spoke with theCUBE industry analysts Lisa Martin and Savannah Peterson at KubeCon + CloudNativeCon NA 2022, during an exclusive end-of day analysis broadcast on theCUBE, SiliconANGLE Media’s livestreaming studio. He was joined for the discussion by cloud strategist Sarbjeet Johal (pictured, right), and they discussed hybrid IT, data center consolidation and the future role of the Cloud Native Computing Foundation.

A contributing factor to friction in the enterprise is infrastructure and the complex balance between cloud and on-premises operations. The solution for many enterprises has often been a blend of cloud and on-prem in a hybrid model.

“I believe hybrid infrastructure is the future of IT,” Townsend said. “If I have stuff that I built 10 years ago that looks a lot like on-prem, what do I do with it? I can’t modernize it because I don’t have the developers to do it. Where I’m going to stick that is probably in a hybrid infrastructure.”

However, some analysts believe that data center closures will continue, shifting the balance toward cloud. The U.S. government, as an example, has been involved in a data center consolidation effort, with the General Accounting office reporting the closure of more than 170 federal agency data centers through the current fiscal year.

“The data center is shrinking, and it will keep shrinking,” Johal said. “I cannot imagine us consuming infrastructure the way we were, going into the future. If you are a high-growth startup, you will be 100% cloud. You are buying innovation through cloud.”

The future of the data center was a timely topic this week as Amazon Inc. released earnings that reported a drop in overall cloud revenue. The dip in revenue could be an indication that cloud margins are beginning to decline as it becomes more prevalent in the enterprise.

“The market sets the price; the market will tell you where this whole thing will go,” Johal said. “The margins are high in cloud, 20-plus percent and margins will shrink as we go forward. That means cloud will become cheaper relative to on-prem.”

Trends such as these could further increase the influence of organizations such as the Cloud Native Computing Foundation. By serving as the host for a number of key cloud technologies of interest to the enterprise, CNCF’s role as curator and incubator could grow in importance going forward.

“There needs to be a conduit; enterprise buyers want someone to pick winners and losers,” Townsend said. “We don’t want a box of Legos dumped in the middle of our table. We want someone who has sorted that out. There may be five or six different mesh solutions at CNCF, and I can pick between three or four that are the most popular.”

Here’s the complete discussion, part of SiliconANGLE’s and theCUBE’s coverage of the KubeCon + CloudNativeCon NA 2022 event: