Californian self-driving vehicle maker Waymo has announced it will use Zeekr’s new SEA-M platform to underpin its first autonomous taxi.

The platform is an adapted version of chinese giant Geely’s SEA architecture, as used in the Smart #1, Zeekr 001 shooting brake and Zeekr 009 MPV – and soon destined for an entry-level Volvo SUV.

The taxi that sits atop it has been modified to create a “mobile living room”, said Zeekr. To maximise interior configurability and space, the axles have been widened, there is a flat floor and the B-pillar has been removed.

The conventional SEA platform houses batteries of up to 140kWh (in the Zeekr 009), giving a range of more than 500 miles on the China light-duty passenger car test cycle. Waymo’s self-driving taxi could use a similar unit to minimise downtime, although it is unclear whether the modifications made for autonomy restrict the space available for batteries.

The vehicle is currently testing at Geely’s China Europe Vehicle Technology Centre (CEVT) in Gothenburg, Sweden – albeit without its lidar sensors and with a human driver.

A release date for the Waymo taxi has yet to be announced. Zeekr currently states it will arrive “in the coming years”. In the meantime, Waymo will continue to operate its fleet of modified Jaguar I-Pace crossovers and Chrysler Pacifica MPVs. 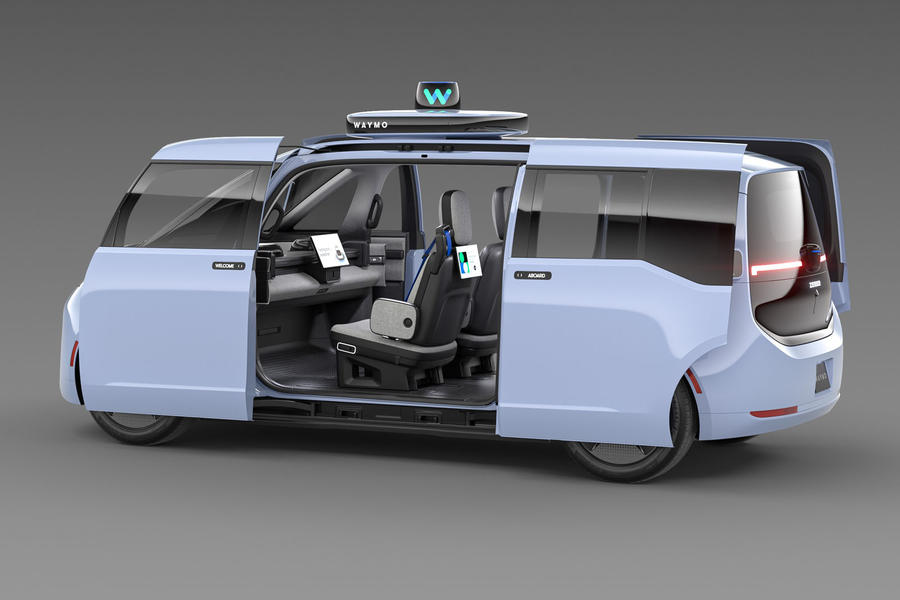 The company began as Google’s self-driving project in 2009, having started with a fleet of modified second-generation Toyota Priuses. It conducted its first test on public roads in 2015, using the memorable ‘Firefly’ prototype, and was hived off into its own business (under the Alphabet conglomerate) in 2016.